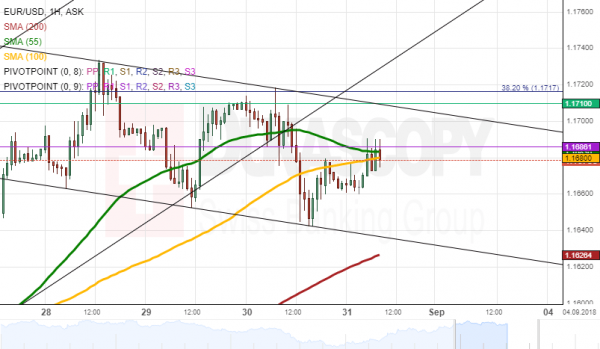 The European Single Currency appreciated 0.25% against the US Dollar during morning hours. The currency pair bounced off the bottom of a new trend line and retraced back to the monthly pivot point near the 1.1690 level to remain relatively unchanged from the previous trading session. The rate was at the 1.1680 level.

The rate is still waiting for the squeeze of the 55– hour and the 100-hour SMA’s which might force the rate to breakout.