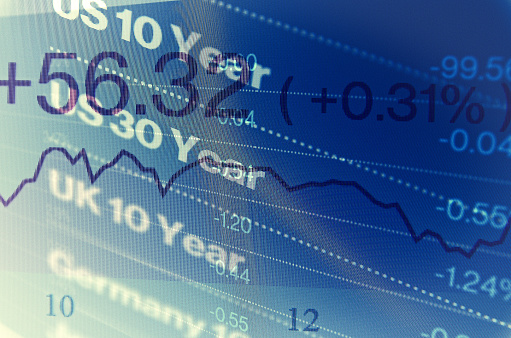 Markets back in the red

Well that didn’t last long. Day two of the post US/China truce and markets are back in the red and the US yield curve has inverted slightly, potentially taking some of the shine off the weekend’s events.

The weekend dinner date between Trump and Xi over the weekend initially drew a positive response, with markets rallying at the prospect of the trade war being paused for a few months and possibly even stopped altogether is talks progress well. This has since drawn plenty of scepticism about just how significant an agreement it was and what can possibly be achieved in the next few months that will prevent further tariffs being imposed.

This may be a little harsh as a deal isn’t necessary in the 90 day window, the two sides just need to agree on the parameters of a future deal and what will be included in order to extend the truce and work towards removing tariffs. Whether this will happen is certainly up for debate but I do believe that this is a positive step forward from where we were prior to the meeting and that’s the important thing.

I wonder whether today’s declines has more to do with the yield curve and investors reading of it. The inversion of the curve which suggests markets are pricing in rate cuts in the coming years may have spooked investors who have previously been very bullish on the US economy. A slowdown next year from the strong growth rates in 2018 is widely expected as the stimulus from tax cuts fades and lower external growth weighs but this possibly suggests the outlook is more gloomy than that.

An inverted yield curve is often associated with the anticipation of a recession which may be why investors are nervous about it but I’m not convinced this is what’s going on. The Fed has been tightening policy at a decent rate and if the economy starts to slow then it makes sense that it may cut rates a little to provide some support. This would imply lower levels of growth which naturally is a drag on stocks and may therefore explain some of the selling today.

Oil rallies ahead of OPEC+ but doubts over cut increase

Oil is rallying again today as we get closer to the OPEC+ meeting, at which a possible production cut will be discussed. There has been some confusion about who is supporting the cut and how much will be agreed, with reports even this morning that the decision could be delayed if Russia doesn’t agree to cut substantially. Coming in a week in which Qatar has announced it end its 57 year association with OPEC, it does suggest that the cohesion that made the last cut so successful is weakening.

The report suggested that the group is working towards a 1.3 million barrel a day cut in an attempt to offset the oversupply in the market currently, with the US pumping record amounts and offering waivers on Iranian purchases that leaves more oil in the market than expected. A failure to get this agreement over the line could really hit oil prices and threaten the temporary floor they’ve found around $58 and $50 in Brent and WTI, respectively.

GBP rallies on reports that UK can unilaterally reverse article 50

Sterling is rallying off its lows this morning after an ECJ Advocate General claimed the UK has the right to withdraw its article 50 submission unilaterally. While this isn’t legally binding, it is widely believed that this would be the view of the court and lays the groundwork for the UK to do so in the event that another referendum is called, or another path is embarked on that led to such an event like an election.

The reality though is that it doesn’t actually really change anything as, had the UK otherwise requested to withdraw its article 50 submission, there is a very good chance that this would have been accepted as the EU never wanted the UK to leave in the first place. I think the rally we’ve seen on the back of this probably just represents some short covering after a period of weakness and as the currency tests 2018 lows against the dollar.