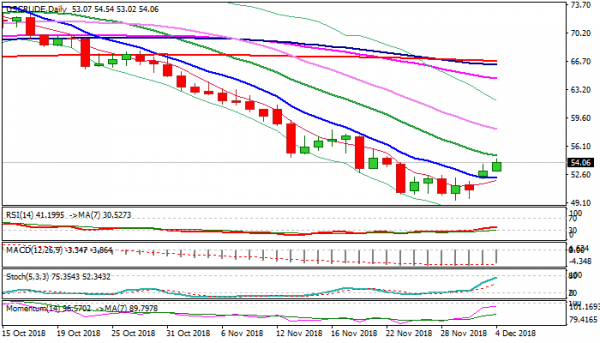 Sustained break here would signal further recovery, which could stretch towards the base of rising thick weekly cloud ($57.47) and expose falling 30SMA ($58.27) on break.

OPEC is meeting in two days and is expected to announce production cut of over one million barrels per day, in order to stabilize global oil market, shaken by rising US shale oil production and fears of global oversupply which could lead to significantly lower demand.