Stocks plunge may have been a too fearful reaction to trade, economic worries 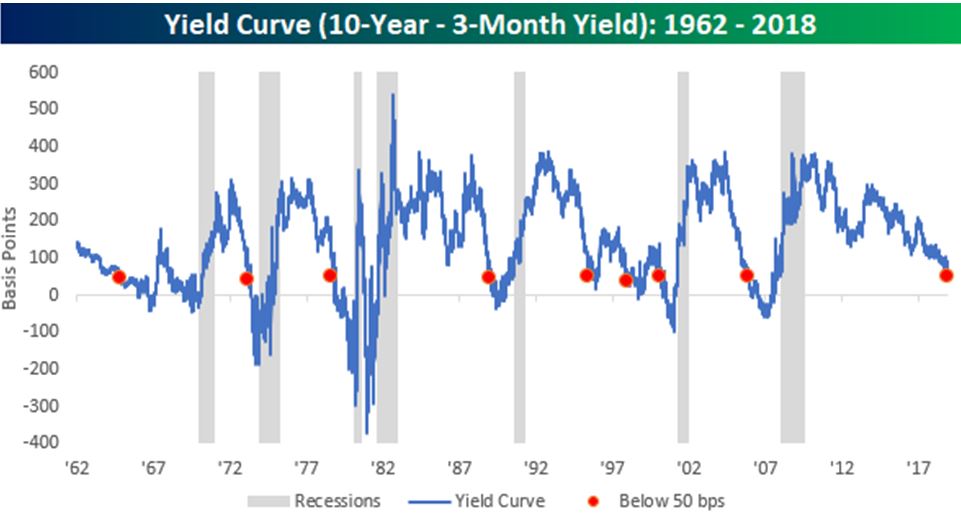 After sharp gains in the past week amid hopes for a trade deal, stocks fell back into correction mode Tuesday, plunging on worries the trade talks could fail and that global growth is slowing.

But some strategists said the selling, which took the Dow down as much as 800 points intraday, appeared to be overdone and could have also been made heavier by the fact that the stock market is closed for a full day Wednesday for President George H.W. Bush’s funeral. The selloff was also exacerbated by a big move in the bond market, with the trading there flashing warning signs about the economy.

The S&P 500 lost 3.3 percent, falling to the psychological 2,700 level, while the Dow Jones Industrial Average was off 3 percent at 25,027. The Nasdaq was down 3.8 percent, falling back into correction territory, and the small cap Russell 2000 lost 4.4 percent, its worst day in seven years.

Selling in the S&P accelerated around midday. when it broke its 200-day moving average at 2,762. Apple, which has been a beacon of market sentiment, was battered, losing 4.4 percent amid more concerns about iPhone sales. Tech was broadly lower, losing 3.9 percent, while the best performing sector, utilities, was barely positive. Regional banks were down 5.6 percent in the worst day since June, 2016, as interest rates sank.

Scott Redler, partner with T3Live.com, said there could have been some selling ahead of Wednesday when the market will be closed since traders won’t have the ability to control their positions. “For me cash is a position. We’ll have to go into Thursday and Friday and see if today had a lot of meaning or not,” he said.

President Donald Trump met with China President Xi Jinping Saturday, and the U.S. said it left the meeting with a standstill on new tariffs and an agreement on agriculture with China. But, reports have surfaced that China has a different version of events without the commitment on farm goods.

The worries about trade have been eating at investors, who have already been concerned that earnings will slow down next year, and so will stock market gains.

So it didn’t help that the bond market was sending its own scary signals about slowing growth. One of the biggest catalysts for the selling Tuesday was the behavior of the yield curve, which shows the relationship between short and longer-term government bond yields. Buyers jumped into the 10-year Treasury note, pushing its yield sharply lower and closer to the 2-year note yield.

Since some short term yields have risen above the 5-year Treasury already, traders speculated that the same could soon happen between the 2-year notes and 10-year notes. That is what the market calls inversion and has been a recession signal for decades. The difference between the 2-year and 10-year yields was at a narrow 11 basis points in afternoon trading.

Paul Hickey, co-founder of Bespoke studied the behavior of stocks and the yield curve, and said he found the stock market did a little better on average over the course of the next three, six and 12 months, when the spread between the 10-year and 3-month bill fell below 50 basis. He said there were eight occurrences since 1962 when the spread fell below 50, and only six of them preceded a recession.

But the narrower, or flatter, the curve gets, “the worse it is for the market,” he said. “Even worse for the market is when it’s below 50 and already inverted.” That spread fell below 50 for the first time in 11 years, and it is the part of the curve the Fed sees as most representative of fed funds.

“When you get the worse performance is after it inverts and gets positive again, and that’s when you really see the market weaken,” Hickey said.

Vinay Pande, head of trading strategies at UBS Global Wealth Management’s Chief Investment Office, said recessions often do follow inversions but there is no consistent pattern. “It’s between 50 to 600 days to an equity market top, going back to the 1980s. This is not a very useful thing,” he said.

Traders have been pointing to the s