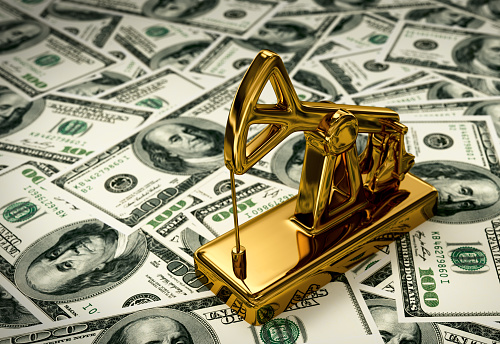 The 175th OPEC Conference and the 5th ministerial meeting between OPEC and non-OPEC countries ended earlier today with participants agreeing to reduce overall production by 1.2 million barrels per day (mb/d), effective as of January 2019 and lasting for six months. This action was necessary in their view to reduce potential imbalance in the oil market next year as global demand growth slows. The announced production cuts are just a touch below earlier rumors of a cut of up to 1.4 mb/d.

Cuts have been agreed to be apportioned as follows: 0.8 mb/d (or 2.5%) reduction in OPEC countries, and the remaining 0.4 mb/d (or 2.0%) in voluntary reductions in non-OPEC participating countries. However, it’s still unclear how these production cuts for OPEC member nations will be allocated. Iran is dissenting to any further cuts in output given that the re-imposition of U.S. sanctions this fall that have already resulted in its official output falling by about 1 mb/d.

Today’s decision is likely to more than reverse the estimated 600-800 kb/d increase in production that had been in effect since July, when the concern at the time was that inventories were at risk of drifting below levels consistent with the stability in oil prices.

The Meeting emphasized that last year’s Declaration of Cooperation is to remain the cornerstone of ongoing cooperation and open to all producers.

Markets responded positively to the news despite the agreement being broadly in line with expectations. Both Brent and WTI prices jumped more than 4% after news of the agreement broke.

The oil market is largely seen as having moved into balance this year, but weakening global demand growth in the second half of the year, expected to persist into 2019, is pushing up inventories once again. As such, the agreed upon production cut should help support prices through the first half of 2019 as global growth stages a modest recovery.

Stable and firming oil prices should provide much needed support to the North American oil industry. The woes of Canadian oil producers are now widely known, and this agreement, together with Albertan production cuts announced earlier in the week, should alleviate some pressure on industry margins. The agreement should also provide a boost to the U.S. shale oil industry. Recent oil price weakness has likely weighed on decisions to further expand production, which reached 11.5 mb/d in October – surpassing Russia as the top global oil producer.