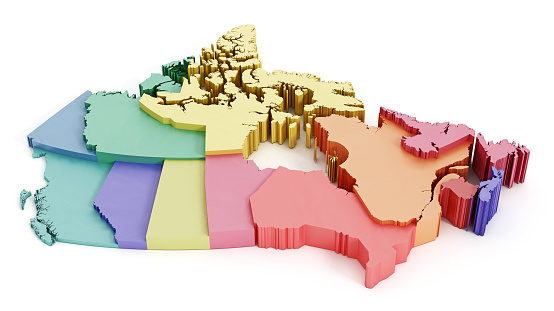 Canadian businesses’ spending intentions remained solid at the close of the year, as captured by the Bank of Canada’s quarterly Business Outlook Survey (BOS). The ‘BOS Indicator’ summary measure fell slightly, to 2.2 (from 2.8), but is still elevated by historic standards.

Expectations for future sales dropped somewhat, with the balance of opinion at a net -1% (from 15% in the prior survey). Firms report solid foreign demand, but¬ worry about the impacts of protectionist measures, including tariffs. The alternate measure, ‘indicators of future sales’, which is based on order books, advance bookings, and similar measures, was also down, moving from 40% to 27% in Q4, but in contrast to expectations, this indicator is sitting near its historic average.

In contrast, investment intentions ticked a bit lower, but remained solid, with a net 25% of firms indicating that they plan to increase their investment spending. Much of the higher spending plans were reported by firms in the service sector. Investment (and hiring) should be helped by ongoing capacity pressures: more than half of firms report that they would have some or significant difficulty meeting an unexpected increase in demand.

Indeed, the strongest element of the survey was the hiring intentions. 41% of firms, on balance, plan to hire over the coming year, up slightly from the prior survey. Unsurprisingly given still robust labour markets, firms continue to see elevated and more intense labour shortages.

Price pressures remain in play: a net 10% of firms plan to increase the pace of price increases, and, for the fourth straight quarter, the majority of firms expect inflation in the 2% to 3% range, or higher.

The Senior Loan Officer Survey (SLOS), was also released this morning and indicated continued easing of lending conditions for business loans. This marked a fifth consecutive quarter of easier lending terms for businesses amid increased competition among lenders for corporate borrowers. Easing terms have led to stronger demand from businesses, some of which has been driven by increases in refinancing and extending loan facilities by corporate borrowers. That said, approval rates edged lower driven in part by some lenders’ risk aversion to undertaking loans with looser terms, such as covenant-lite loans.

On the household side, lending conditions were little changed from the prior quarter. Although mortgage conditions did not change much at the national level, the report noted slightly tighter conditions in British Columbia, Ontario, and the Prairies. Both demand and mortgage approval rates were lower with fewer would-be home buyers qualifying under higher rates and stress test regulations. Non-mortgage lending conditions eased slightly along the price component. Demand for auto loans has remained broadly unchanged, but declined for other products with higher interest rates cited as a culprit.

This was bit of a “more than meets the eye” report. Headlines seem to have focused on the softening of sales expectations, which is perhaps unsurprising given the survey was completed in November, as Canadian energy firms faced record low prices for their products, and some chose to voluntarily curtail production. Elsewhere however, there are a few areas to cheer: order books remain decent, investment intentions solid, and hiring plans are healthy.

Even on the lending side, higher rates may be biting for personal borrowers, but they don’t seem to have translated into tightened conditions for businesses. Competition among lenders (and/or a drive to maintain volumes given slowing consumer credit growth) drove a fifth straight easing of conditions, which should serve as another positive support for business investment.

The challenge with the BOS of late is that although the past few quarters have seen continued optimism (even during tense trade negotiations), when the rubber hits the road, words haven’t translated into action. Non-residential business investment in 2018Q3 was more or less back to where it ended 2017. So, conditions may be ripe for business investment, and we look for a modest acceleration into 2019, but the uncertainty around the sector must be acknowledged in light of this year’s developments.

We’d bet that the Bank of Canada is looking at this data in a similar light. Uncertainties around the oil sector aside, business investment has disappointed their expectations of late, giving all the more reason to hold off on another hike at least until the GDP data confirms rising business investment.