China’s stocks are set for a rocky start to 2019 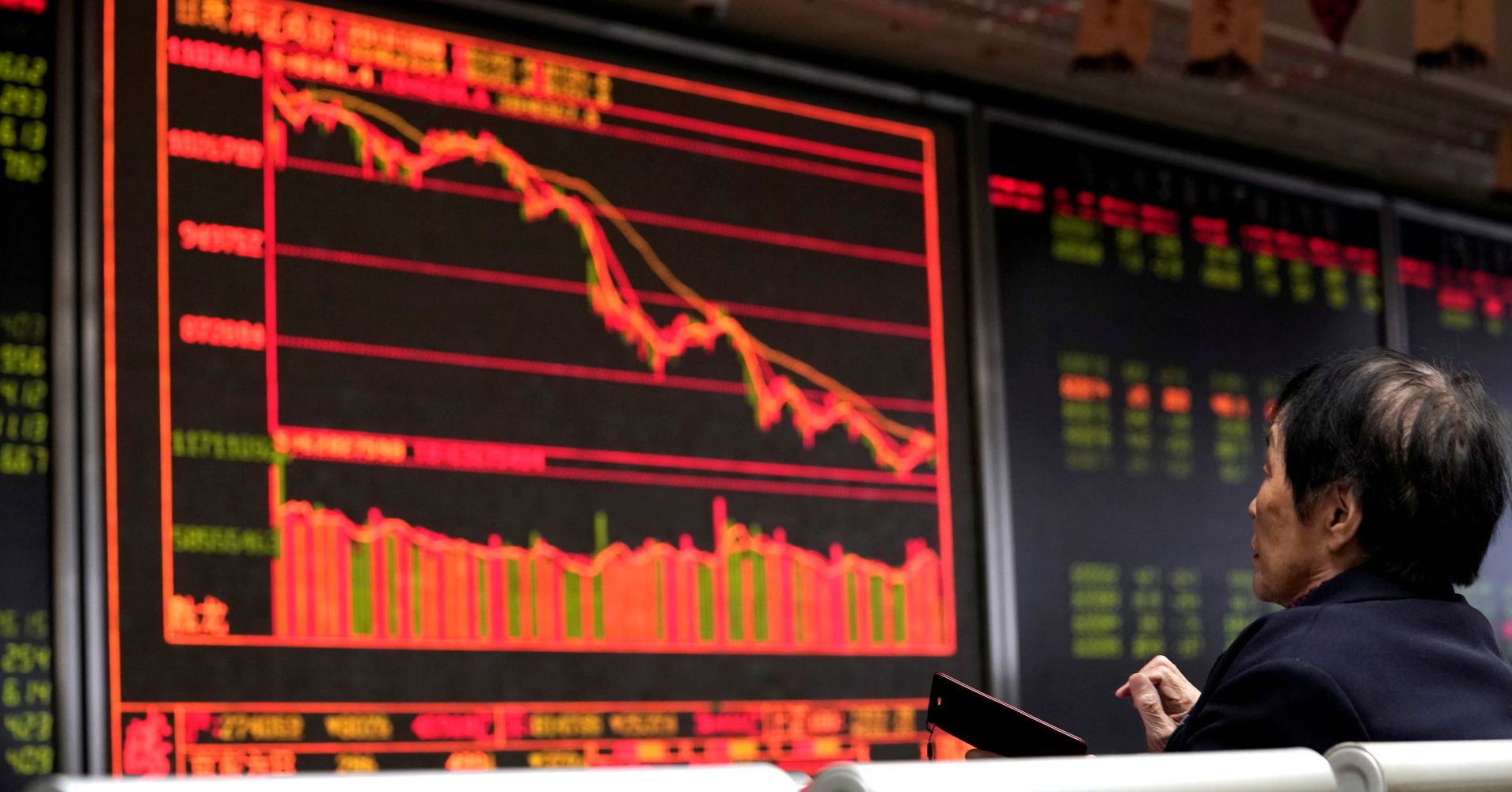 Chinese stocks took a beating this year, but a recovery may not come until the second half of 2019, experts say.

The Shanghai composite and main Shenzhen index are down more than 20 and 30 percent, respectively, this year. That puts Chinese stocks among the worst performers globally, where the S&P 500 is off by more than 6 percent, Japan’s Nikkei 225 is down more than 9 percent and the German DAX has lost some 16.6 percent so far this year.

“There’s really not much impetus for the market to rebound,” said Zhu Ning, professor of finance at Tsinghua University and deputy director of the National Institute of Financial Research. “The sentiment is not recovering, and there is not new capacity. I wouldn’t be too optimistic about the market next year.”

China is planning to launch a new board in Shanghai for listing technology stocks next year, and Zhu said he expects that to dilute the market — with investment funds spreading instead of increasing.

Mainland Chinese stock markets are dominated by retail investors who are often sentiment-driven. As a result, market performance does not always correlate with economic growth.

But in a system highly sensitive to government policy, stock performance may indicate the greatest investor skepticism lies in when Beijing will be able deliver on its promises of stimulus.

“In China’s national economy, (policy’s) actual proportion and importance will not likely be less than that of the U.S.-China trade war,” Duo Yuan, founder and chairman of Blue Stone Asset Management in Beijing, said in a Mandarin Chinese interview translated by CNBC. “If the economy stalls, not only from the perspective of the government or the perspective of the people, this is something neither side can bear. What everyone is most worried about now is employment and people’s welfare.”

“Most people’s hope is that in the first half of next year, some beneficial policies can come out, some good news, including on trade,” Duo said. “And so this way, the second half of next year … there can be a new beginning.”

Indeed, the first three months of the new year could bring much-needed clarity.

The U.S. and China have set an early March deadline for reaching an agreement on trade.

March is also typically when there are important policy meetings and announcements made by the National People’s Congress — or China’s legislature — and the Chinese Political Consultative Conference, a large gathering of advisors. As an example, the abolition of presidential term limits came during the 2018 meeting of the National People’s Congress.

However, a trade deal between the world’s two largest economies is far from certain, especially after Chinese President Xi Jinping took a relatively defiant tone toward international demands in his key address to the nation this week.

Investors are also on edge about potential interest rate hikes by the U.S. Federal Reserve next year, especially since a stronger U.S. dollar could weaken the yuan. If the Chinese currency falls below the key 7 yuan per dollar level, it would offset the negative impact of tariffs, although it is still not clear if that would help or hurt investor sentiment.

Months before trade tensions with the U.S. flared up, the Chinese government embarked on a campaign to tighten credit conditions in an effort to reduce companies’ reliance on debt for fueling growth.

Amid criticism Beijing went too far too fast, economic growth continued slowing and the Shanghai composite slumped into a bear market, or more than 20 percent below its 52-week high, in late June. Over the next several months, authorities jumped to announce looser credit conditions, tax cuts and financing for struggling private enterprises.

But so far, the market has barely budged. The Shanghai composite hit a near-four-year low in October, and has since recovered slightly. But it remains at half the level it hit in 2015, before a market crash that summer.

She said that the company has had difficulty convincing its high-net worth clients to invest in long-term products that last 10 years. Right now, she said most clients are more conservative and prefer investment products with time horizons of one to five years.

Policy announcements have so far had limited impact on the real economy as well.

Amid concerns that state-owned enterprises are getting more support, President Xi and Premier Li Keqiang have both spoken repeatedly about Beijing’s intent to help privately-run firms. Since China’s large, state-owned or affiliated banks prefer to lend to state-owned enterprises, private companies have relied heavily on so-called shadow banking for loans. That channel became more difficult to access under Beijing’s crackdown on high debt levels, while private companies also came under pressure from overall economic slowdown.

Cindy Huang, credit analyst at S&P Global Ratings, said in an interview earlier this month that the latest government policy seems so far to have benefited only some large privately-owned enterprises, along with state-owned enterprises and local government financing vehicles.

“Small, private enterprises, we believe, will still have difficulty in funding and refinancing,” Huang said. She attributed much of their challenges to an investor mentality that would like to avoid risks, especially since Beijing is allowing more corporate bonds to default after keeping the rate at globally low levels.

In the long term, that’s a positive development toward allowing market forces to play a greater role in China.

The overall economic picture remains solid as well, although most financial institutions expect growth to slow to around 6 percent.

“China still represents one of the best sources of growth in consumer spending in the world,” said Alex Shutter, a retail and consumer goods partner at consulting firm Oliver Wyman. He noted that businesses are looking at opportunities to expand into China’s smaller cities, as well as mixing physical locations with new online strategies.

Looking further ahead, Chinese stocks may even have a head start on a recovery, relative to U.S. stocks which have just hit correction territory, according to Jennifer Chen Lai, co-portfolio manager for the Greater China Long/Short Strategy at Dalton Investments, which has $4 billion in assets under management.

She said her firm, a long-term investor focusing on companies, has been adding to investments across the board