Markets Trend Every Which Way But Up 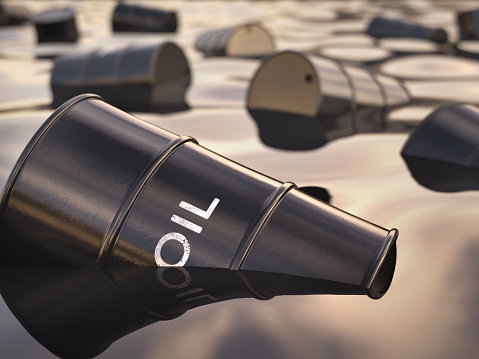 Markets trend every which way but up.

Its been another frightening session for investors across a multitude of asset classes with some issues coming to a head as markets deal with year-end dwindling liquidity.

US bond yields are falling the S&P plummets amid a year-end washout in Global equities and risk. While in FX we’re seeing the USD struggling across the board after USDJPY moved sizably lower leaving the critical 112 level in its rear-view mirror as the currency traders are experiencing a post-Fed case of ” irritable Powell syndrome “Markets have continued to whipsaw throughout both the London and New York session as traders debated everything from policy error to Christmas dinner. But given the choppy nature of the market, I suspect most trader still have their finger in the wind.

Also, in his never-ending battle to get his wall built, President Trump is still threatening to Shutdown Government adding to an abundance of concerns weighing on equity sentiment.

And then to remind us we’re on the cusp of entering the next stage of the Trump administration’s China strategy where tension will spill over into both familiar and unfamiliar areas. The US charged two Chinese nationals for allegedly participating in a global hacking campaign to steal technology secrets, intellectual property, and the personal data of over 100000 Navy members, under their new ” anti-espionage war ” against China.

WTI made another leg lower, overnight as Oil prices are getting caught up the risk off the vortex. The ” herky-jerky ” moves are getting exaggerated by immensely thin liquidity conditions, risk sentiment, and holiday market participation. I expect this to continue into year-end. To say things are a bit negative out here, could be a significant understatement which is getting compounded by OPEC’seemingly rudderlessss efforts in these in these turbulent waters which continues to underscore the fact that the latest production cuts are not sufficient to right the ship.

Still, note that Reuters has seen an OPEC document that suggests the organisation plans to publish voluntary country quotes on the oil output cut deal reached earlier this month. Importantly, the effective oil output cut for members is 3.02%, which is higher than the initially discussed 2.5%.

While this equity sell-off could be little more than a liquidity event, there are more obvious moves in FX markets as exceptionalism around the US markets Teflon persona seems to be steering the bus right now. No longer are US equity market the sure bet.

The move higher USD/JPY this year was accompanies by a rise in Japanese equity outflows, which have primarily gone to US stocks and with USDJPY plummeting the first instances of repatriation flow are starting to kick in. And given Japanese managers are still long USDJPY given the staggering amount of US securities Japanese insurers own (reported over USD500bn to be in USD-denominated assets). All the while reducing their hedge ratios on USD assets by 5%, bringing USD hedge ratios down to a fresh post-crisis low of 48%, we could see more currency hedges triggered or repatriation flows if the USDJPY falls further, which will have far-reaching implication across G-10 and EM currencies