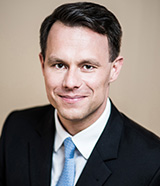 The Vienna Stock Exchange has launched a new segment for small and medium-sized businesses in a bid to boost capital markets participation by Austrian companies.

“The initiative is very similar to other European SME markets,” says Christoph Boschan, head of the CEE Stock Exchange Group, which includes the Vienna bourse. “The idea is always to provide SMEs with easy, inexpensive and fast access to the stock exchange. We want to make that possible in Austria as well.”

The basic segment included 23 stocks when trading opened on January 21, while a premium segment for more established firms – Direct Market Plus – has four new listings as well as four existing names. The former included startup300, a Linz-based ecosystem and investor network for entrepreneurs.

The initiative is part of a broader campaign to breathe life into Austria’s traditionally torpid capital markets.

Since moving to Vienna from his native Germany in September 2016, Boschan has focused on both broadening the range of assets available to Austrian investors and attracting international buyers to the country.

In June 2017, the Vienna bourse began offering international shares via its Global Market segment, which has since been expanded to cover nearly 600 names from developed and emerging regions.

“We want Austrians to continue the diversification of their portfolios, but we want the related trades to occur on the national exchange,” says Boschan. “We’ve now reached a point where we can say we cover all assets that would be considered part of a good structured portfolio.”

Meanwhile, intensive international marketing has boosted the share of overall trading by foreign accounts on the Vienna bourse from below 80% two years ago to 85%. Boschan is particularly keen to promote Austria to global investors as a proxy for central and eastern Europe.

“Many of our listed companies are very active in the region, which means investors can get exposure via a fully integrated and regulated developed stock market,” he says.

“When we talk to companies about capital markets issuance, the answer is always the same,” he says. “Most maintain very strong internal capital bases; and where that is not the case, they are very well-funded by capital from local banks.”

Austrian citizens are also notoriously risk-averse when it comes to investment, an attitude Boschan ascribes to the country’s strong social provisions.

“There is a direct connection between the level of investments by citizens in their economy and the development of the welfare state,” he says. “The Austrian pension system is one of the best in the world, which is one of the main reasons why only 4% of the population own shares.”

Boschan is hoping to change that via a wide-ranging financial education programme. Over the last three years, the Vienna bourse has organized more than 300 events targeting everyone from students to local banks.

“We are trying to educate people not to be just consumers,” he says. “We tell them: ‘If you like Apple products, then isn’t it natural to want to participate in the company as a shareholder as well’.”

This approach is backed by Andreas Treichl, chief executive of Erste Group, who has been increasingly vocal in recent years about the need to foster a capital markets culture in Austria.

“We need to spread this message across Austrian society: If we want to grow more Austrian champions that think and act bigger, these entrepreneurs need risk capital – and Austrians themselves can participate in their success if they’re willing to invest,” he says.

Erste is one of the main shareholders in the CEE Stock Exchange Group, which now consists only of the Vienna and Prague stock exchanges.

The group sold stakes in the Budapest and Ljubljana bourses in 2015 after the failure of attempts at the start of the decade to merge with the Warsaw Stock Exchange to create a pan-regional platform. It provides trading infrastructure and data services to both exchanges, however, as well as to the Zagreb Stock Exchange.

NOTE: You can not find the right trading strategy? if you have no time to study all the tools of the trade and you have not funds for errors and losses – trade with the help of our autotradin