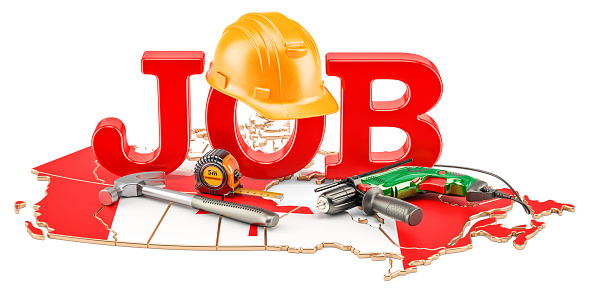 Canadian and US jobs reports on Friday will highlight the week’s economic indicators. We are assuming the impressive (almost unbelievable) run of job gains over the last six months in Canada – totalling a whopping 290k – came to an end in March. As usual, headline employment growth will likely get more attention than it deserves given wide confidence bands around changes in the official job count. We have pencilled in a 10k decline for February. We expect the more-stable unemployment rate to hold close to multi-decade lows at 5.8%. Given what still look like relatively tight labour markets, there is room for wage growth to tick up a bit from the 2.3% year-over-year increase in February, particularly given stronger growth closer to 3% in the typically more reliable ‘SEPH’ employment data. Sentiment has taken a hit recently but it would still take more than one bad monthly jobs report to offset recent employment gains. And the 0.3% increase in January GDP may have gone some way to easing concerns that the broader economic backdrop is deteriorating more quickly than previously expected – aside from what is still likely to be a transitory cut in oil production.

That is not to say all is sunshine and rainbows. Indeed, quite the opposite. Bad weather appeared to be behind much of a 0.7% drop in hours worked in February. The number of hours lost to workers staying at home due to weather hit an all-time high for the month. That should unwind to boost hours worked in March but poor weather may yet play havoc with key February retail, manufacturing and wholesale trade reports yet to come. That only reinforces the view that economic growth is likely to be soft in the first quarter in Canada – we continue to track around a 1% Q1 GDP increase. And, to be clear, there is still little chance that the Canadian economy will return to sustained above-trend growth given already low unemployment levels and high household debt. But much of the softness over the winter can still be traced back to transitory factors, and we continue to expect a bounce-back in Q2 GDP growth to a 2% rate as the impact of the Alberta oil cuts and bad weather ease.

Bank of Canada Governor Poloz will have an opportunity to provide his take on recent economic data with a speech on international trade on Monday. The Governor may take some comfort from a somewhat improved recent flow of Canadian economic data but his comments should still reinforce the central bank is firmly in data-watching – as opposed to rate-hiking – mode.

A busy US economic calendar should also be generally supportive of a pickup in activity – notwithstanding what will still likely be a soft-looking Q1 overall. We look for employment growth to bounce back 225k after stalling with just a 20k increase in February. The U.S. employment numbers are also volatile and that 20k gain in February followed on outsized 311k surge in January. Retail sales are expected to tick a touch higher and business orders of capital goods are expected to continue to improve. The tug-of-war between economic data still saying the economic backdrop is reasonably solid versus activity in bond markets flashing recession warning signs will likely continue unabated.