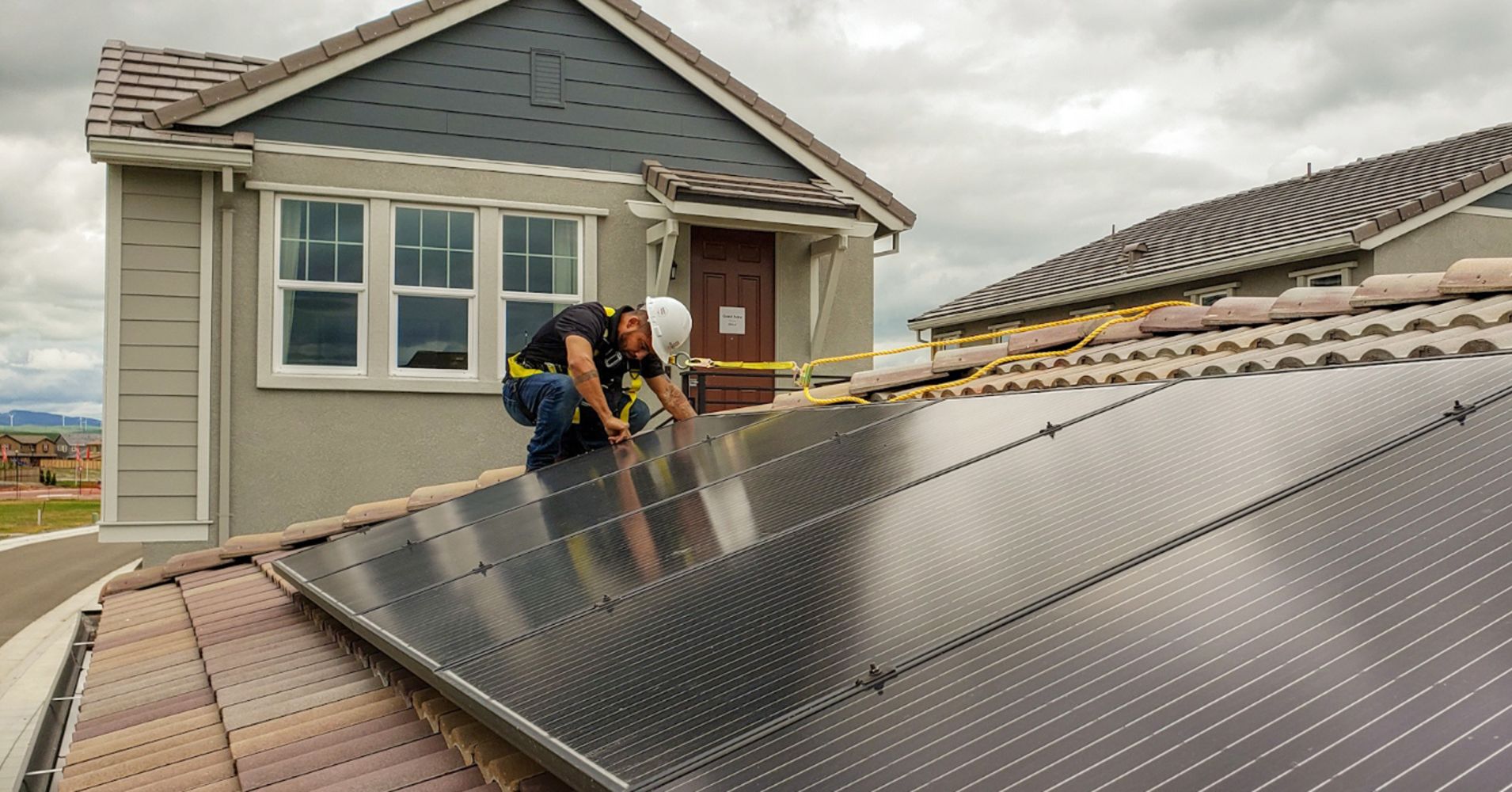 At PetersenDean, the solar business is simply booming.

The home improvement company offers both roofing and solar installations, and is seeing an increase in demand for solar panels thanks in large part to a mandate in California where it’s based. The state requires newly built homes to include solar power as a feature. The rule was passed last year and takes effect in 2020. As result, PetersenDean is projecting some 11,000 to 12,000 solar installations in 2019, meaning it needs workers, fast.

“We are constantly hiring installers,” Gary Liardon, PetersenDean’s consumer group president and chief operating officer said, as California has long been a leader in solar jobs. “But that mandate is going to increase our need for installers by roughly 300% just based on current install rates today,” he said. “So translated into literal terms, we will need another 350 to 400 installers by year-end.”

After two years of job losses in the solar industry, the mandate is welcome and advocates are projecting demand to pick up beyond just the Golden State.

But recently the industry has struggled with the uncertainty brought on by new tariffs imposed in January 2018 by the Trump administration of 30% on imported solar panels. (Those tariffs are set to decline by 5% each year. The first 2.5 gigawatts of imported cells are also exempted each year, and certain products, including some cells made by SunPower, were exempted from the list.)

The Trump tariffs were intended to encourage American manufacturing but were met with criticism from industry advocacy groups, like the SEIA, where PetersenDean’s Liardon is a board member. The groups argued that higher costs and uncertainty for the industry would lead to job losses — and they were right: in 2017 and 2018, solar employment declined by some 18,000 jobs.

At the time the tariffs were announced last year, U.S. Trade Representative Robert Lighthizer released a statement that said in part, “[T]he President’s action makes clear again that the Trump administration will always defend American workers, farmers, ranchers, and businesses.” The Office of the U.S. Trade Representative refused to comment for this story, beyond its published materials.

“When tariffs were put on our product and our prices became more expensive, we couldn’t compete as well against other energy sources,” said Abigail Ross Hopper, president and CEO of the SEIA. “That additional cost has to be borne ultimately by the consumer.”

Now the industry is poised for a comeback of sorts, in part thanks to state initiatives such as California’s push to go solar. The outlook for job growth in 2019 sees an increase of 7%, to a total of 259,400 jobs, according to advocacy group The Solar Foundation’s National Solar Jobs Census for 2018.

SEIA’s Ross Hopper said the California mandate, along with corporate procurement of solar products by big names like Target — and utility companies investing more in solar options to save customers money — are all favorable developments that will likely boost job growth in years to come.

“As we look forward and at 2019 and beyond, we see that more solar will be installed in this country,” she said. “And with that, obviously there will be more solar jobs created because we need folks to actually do that development and that installation.”

That’s where PetersenDean’s focus is right now, on finding skilled workers like 36-year-old Ruben Trujillo to meet demand. Installers make anywhere from $22 to $50 an hour, depending on skill set and experience. The company’s benefits include health-care coverage and 401(k) retirement savings plans, as well as ongoing training.

“Every day is different. Every house is different, designs are different. So you never really see the same thing every day,” Trujillo said. “I wake up looking forward to actually come to work.”