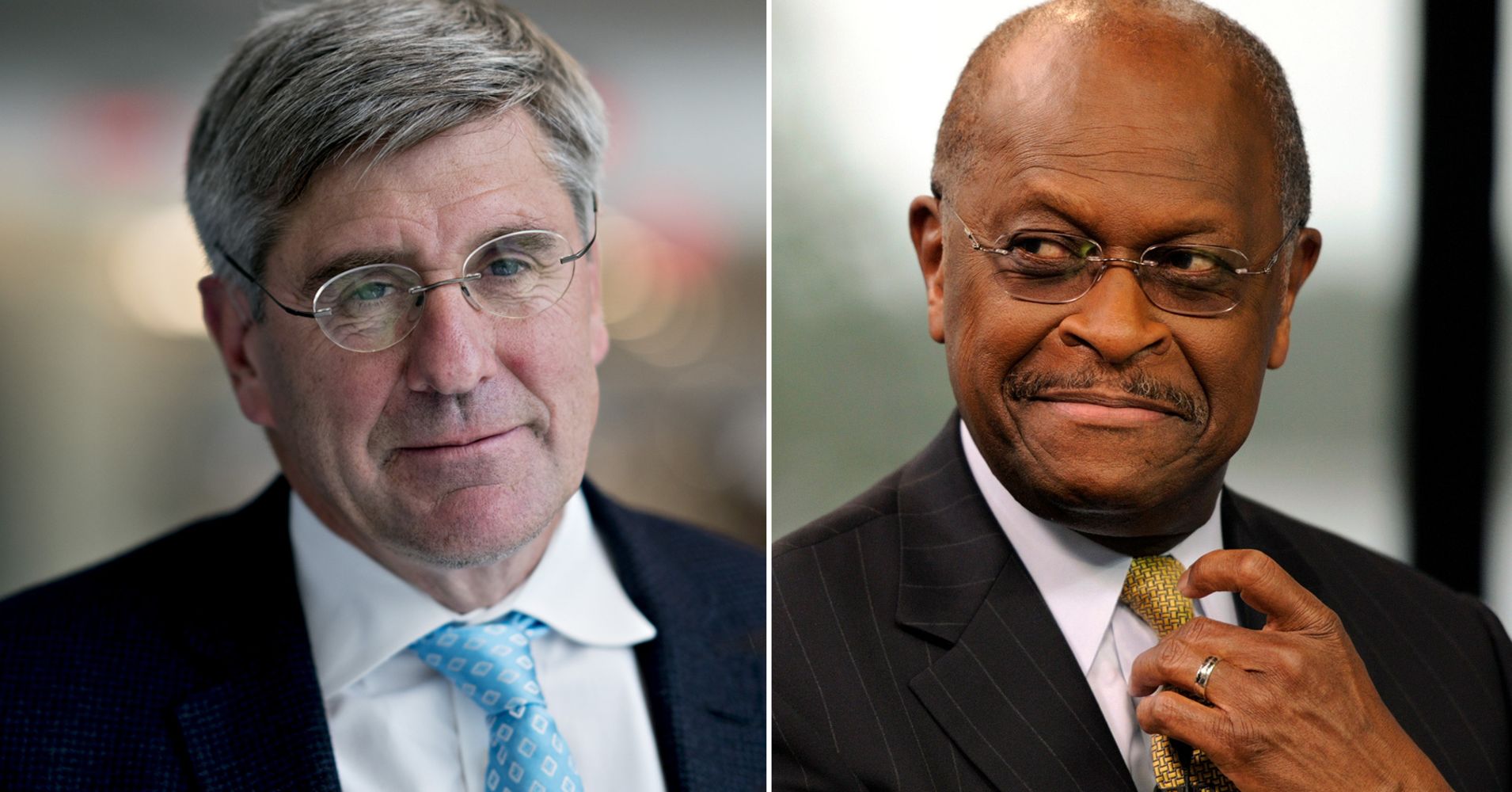 Some on Wall Street are blasting President Donald Trump’s intentions to nominate Stephen Moore and Herman Cain to the Federal Reserve board of governors, with majorities in a CNBC Fed Survey saying the Senate should not confirm either man and many saying both are unqualified.

In a survey taken Friday through Sunday, 60% of respondents said the Senate should not confirm former Wall Street Journal editorial writer Moore, and 53% called for the Senate to reject the prospective nomination of businessman and former Republican president candidate Herman Cain.

“Both Moore and Cain are highly unconventional and politically-biased choices and, if confirmed to the board, would be very disruptive at a time when monetary policy is at an important crossroads,” Kathy Bostjancic, chief U.S. Financial Market Economist at Oxford Economics, wrote in response to the survey.

The 48 respondents to the survey include fund managers, economists and strategists. Although not asked in this survey, approval of the president’s handling of the economy in the CNBC Fed Survey has nearly always been at 50% or above, making the current criticism more noteworthy. Among those saying Moore and Cain should not be confirmed, more than 70% say both are “too political” and “not qualified.”

Neither Moore nor Cain has been formally nominated, but top administration officials on Sunday defended the president’s choices. “We have two open seats. The president has every right in the world to nominate people who share his economic philosophy,” National Economic Director Larry Kudlow said on CNN.

Fifty-one percent of respondents say the Senate will confirm Moore while 49% expect it to approve of Cain.

Among those in the survey who support the prospective nominees, Donald Luskin, chief investment officer at Trend Macrolytics, said: “Trump is holding the Fed accountable, and as the man who appoints Fed governors, that is entirely appropriate.”

John Kattar, chief investment officer at Ardent Asset Management, wrote: “Trump may be pushing the envelope a little too far with his nominees, but in general, I think the Fed may benefit from nominating high-quality people with non-traditional backgrounds, i.e. people without an economics Ph.D.”

After announcing he planned to nominate Moore and Cain to the Fed, Trump on Friday substantially raised the ante in his comments and criticism of the Federal Reserve, not only calling for rate cuts but also advocating for the first time new quantitative easing. The Fed used so-called QE in the wake of the financial crisis to drive down interest and stimulate the economy, buying bonds and mortgages.

Not a single respondent agreed with the president’s call for new QE and just 9% think the Fed should cut rates now.

A 47% plurality of respondents believes the nominations along with the president’s critical remarks about the Fed are “reducing the central bank’s independence” and they think that could have implications for markets and the economy.

“Stacking the Fed with partisan hacks would alter how the market views the Fed’s decisions even if two appointments don’t change the Fed’s decision making,” said Diane Swonk, chief economist at Grant Thornton. “Over time, the loss in credibility will mount.”

For the moment, respondents don’t believe the president’s criticism will affect monetary policy, but there’s more concern now. Sixty-five percent say the president’s comments has “no effect on rate hikes” but that is down from 83% when the question was last asked in November. And 22% believe Trump’s remarks make rate hikes less likely, up from 14%.

It also appears that markets are getting somewhat more accustomed to the president’s Fed criticism. Trump has broken with a decades-long tradition of presidents not commenting on monetary policy. In July, when the question was last asked, 83% found Trump’s commentary inappropriate. Now, it’s 61%.

“These are very different times and I don’t believe this challenge to the Fed’s independence will continue after Trump leaves office,” said Chris Rupkey, chief financial economist, MUFG.