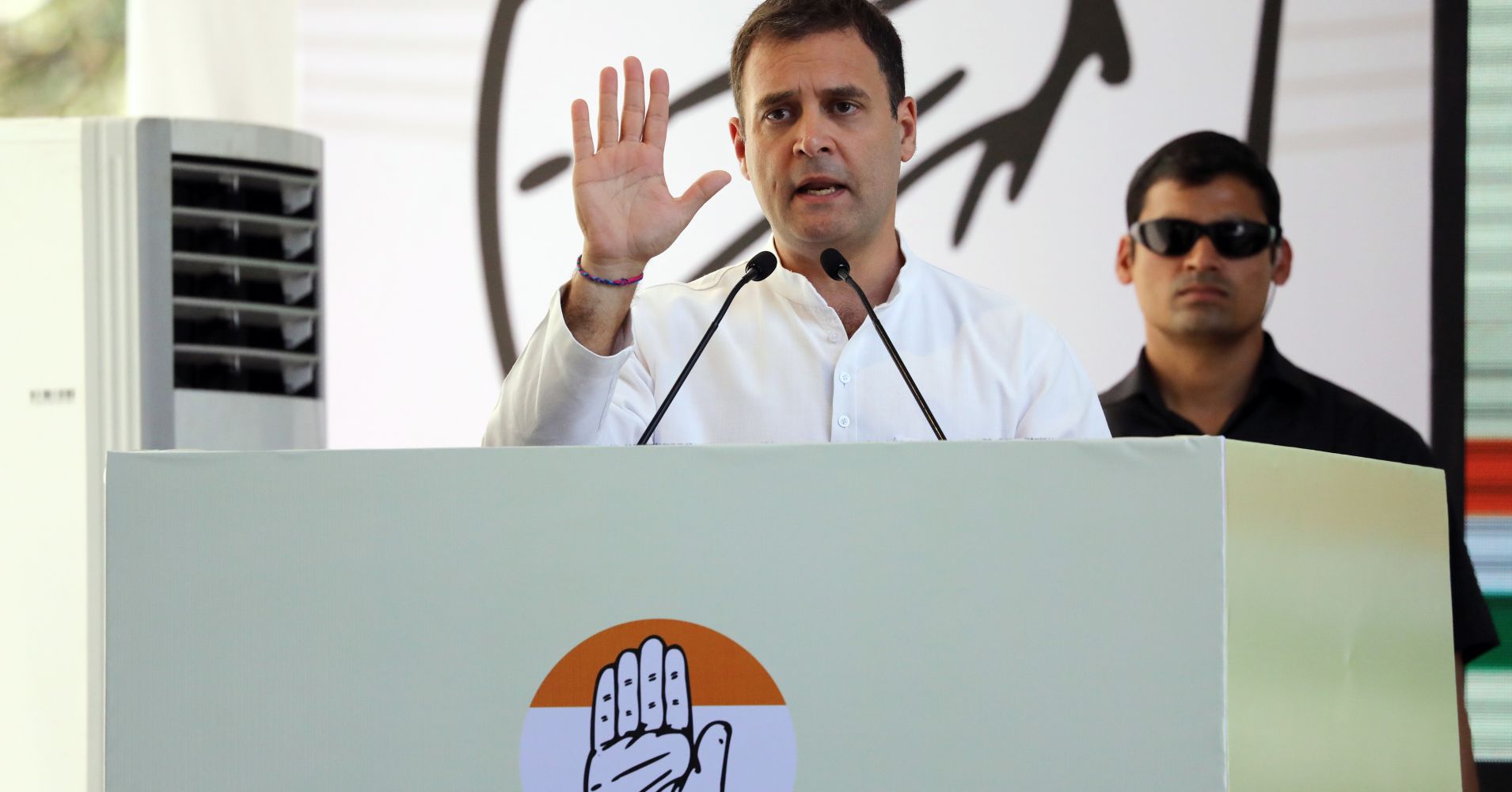 India heads to the polls starting this week to elect members for the lower house of its Parliament. The outcome, to be announced in May, will determine if Narendra Modi can secure a second term as prime minister.

One of the major political opposition groups to Modi’s ruling Bharatiya Janata Party has placed its election hopes on an ambitious pitch to alleviate poverty in India. The Indian National Congress revealed details in its election manifesto about a minimum income support program designed to help the country’s poorest households — the bottom 20 percent.

Theoretically, the idea offers plenty of benefits to India’s economic environment: Higher per capita income would likely give consumption, and growth, a boost in the short term as people spend their extra cash.

But economists have highlighted concerns about the implementation hurdles such a policy could face. Those include the challenges of identifying recipients for the program and setting up a means to fund it.

The Congress party said it plans to eliminate “abject poverty” by 2030 through its proposed program.

Under the scheme, it will target the poorest 20 percent of all families in India, about 50 million of them, offering them a guaranteed cash transfer of 72,000 rupees ($1,042) per year — handed out in monthly sums. It wasn’t clear from the manifesto what methodology the party would use to identify recipients.

A representative from Congress did not immediately respond to CNBC’s request for comment.

The scheme is said to be rolled out in phases, implemented jointly by the central and state governments. Providing about a $1,000 a year to roughly 50 million households will potentially cost India more than $50 billion annually.

Congress explained the program will be “funded through new revenues and rationalisation of expenditure,” without providing specific information. It estimates the first year of the roll-out will cost less than 1 percent of India’s GDP — estimated at around $2.7 trillion — and subsequent years’ expenditure will amount to less than 2 percent of GDP.

Congress’ president, Rahul Gandhi, recently said income tax would not be increased to implement the scheme, according to local media reports. In its election manifesto, Gandhi’s party also outlined other social sector schemes including farm loan waivers and higher spending on education that the party says it would pursue if it wins the elections.

That “runs counter to plans to keep within fiscal and revenue deficit goals,” Radhika Rao, an economist at DBS Group, told CNBC. “This implies that either public (capital expenditure) commitments might have to be scaled back or fresh revenue generating measures are required to fund additional funding requirements.”

Since raising taxes in the current economic environment would likely be an unpopular move, Congress may have to rely on non-tax revenues such as divestment of public assets, said Priyanka Kishore, head of India and Southeast Asia economics at consultancy Oxford Economics.

“I’m sure they’re going to tap the (Reserve Bank of India) for more dividends,” she told CNBC. Last year, the RBI board decided to form an expert committee to look into how much the central bank should hold in its reserves amid New Delhi’s push to access the surplus. “If that committee comes out with a certain recommendation, I don’t think Congress is going to shy away from taking that additional cash.”

If no new funds are raised, and a Congress-led government opts to dip into its normal budget, then that could cut into the country’s spending on public infrastructure, according to Sonal Varma, managing director and chief India economist at Nomura. That could, in turn, take a bite out of economic growth.

“This will … severely impair the capex cycle,” she wrote in a recent note. Still, she added, a Congress government may need to offset existing subsidies and schemes to fund the program or consider imposing additional taxes — but there’s “limited wiggle room” as direct and indirect tax collections this year have remained largely lackluster.

Economists agree that, for the program to work, India needs to find room in the federal budget for that kind of expenditure without allowing the fiscal deficit target to balloon. Otherwise, it could spook markets and shake investor confidence in the economy.

“If you look at (Congress’) past record, they let the deficit touch 5 percent. We’ve had great difficulties coming back from those levels,” Kishore said, adding that there’s a likelihood the infrastructure build up seen over the last several years under Modi’s “Make In India” initiative would stall.

At the moment, India’s target is to reduce the fiscal deficit — the difference between total revenue and expenses — to 3 percent of GDP by 2020-2021. Earlier this year, New Delhi set a deficit target of 3.4 percent for the fiscal year that began April 1. That was higher than a previous estimate, and Modi’s government argued it needed to provide farmers with income support. Kishore said investors have already begun questioning India’s commitment to meet its fiscal deficit targets due to slippages in the past year.

If the economic environment stays stable for India, then there may be some short-term room for the government to spend on its income support program, according to Nomura’s Varma. Still, she said, the “window of shock absorption is small.”

It also remains unclear how Congress will identify the bottom 20 percent of households in the country, where many people deal largely in the informal sector. DBS Group’s Rao said difficulties identifying the potential beneficiaries may also slow down implementation, which would delay any boost to growth from the initiative.