Yesterday, the European and UK stock markets along with Wall Street posted losses after market participants observed data indicating to a recession. In the US and the UK, the 2 year treasuries yield moved higher than the 10 year treasury. This means more uncertainty and risk is seen in the short term compared to the long term. In the past, the specific movement in the bond market has been used as an indication of increased economic weakness which could lead to recession. However, we are now moving to a new economic era and this may not have the same effect it used to on the markets. Other reasons that may have caused the selloff could be weakening economic conditions in Europe, Brexit uncertainty and even the current situation in Hong Kong. The flight to safe haven assets was very evident especially on Gold, CHF and JPY and the effect may persist today.

The German economy contracted by 0.1% for the second quarter of 2019. Furthermore, its industrial output, a very important sector of its economy which is related to automobile manufacturing has dropped. The German economy relies heavily on manufacturing and exporting its cars and analysts believe the slowdown could be due to the trade tensions. According to other sources, the German economy with its latest evidence of weakness could be losing its elasticity to withhold pressure from external shocks. At the same time, as Germany is the largest economy in the Eurozone, it could be holding down other economies of the group. 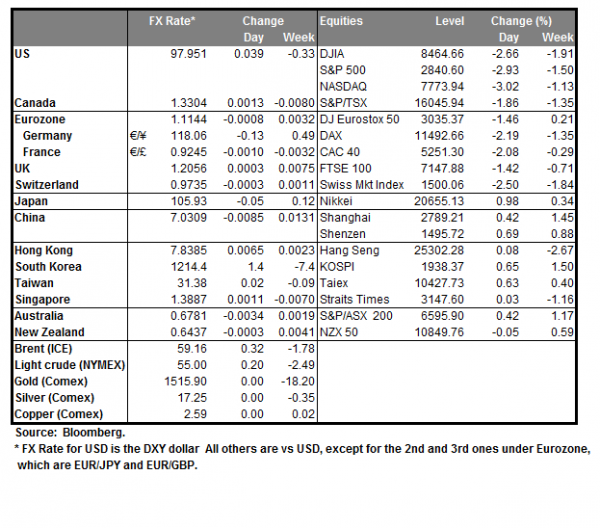