Market sentiments were given another strong lift after both US and China offered gestures of good will ahead of next month’s trade meeting. Yen extended this week’s pullback and remains generally soft in Asian session today. Swiss Franc follows as the second weakest naturally. Meanwhile, commodity currencies are generally higher on improving risk sentiments. Euro and Dollar are mixed as markets await ECB’s stimulus package and US CPI.

Technically, Euro pairs will be the major focuses today. EUR/USD is staying in range above 1.0926 despite yesterday’s dip. Consolidation might extend but in case of rebound, we’d expect upside to be limited below 1.1164. At the same time, break of 1.0926 will resume medium down trend. EUR/JPY’s rebound from 115.86 is still in favor to extend as long as 117.73 minor support holds. But break will turn focus back to 115.86 low. EUR/GBP remains a tricky one. We’d continue to expect strong support from 0.8891 cluster to bring rebound. But decisive break will dampen out bullish view.

ECB rate decision is the mega events today. It’s widely expected to announce a package of stimulus measures. But up till now, it’s unsure what the exact package would be. Opinions are rather divided, leaving much room for disappointments for both sides. Additionally, ECB will release new economic projections which would be closely watched too.

Here is our take on the package:. 1. Deposit rate cut by -20bps to -0.60%. 2. Two-tiered system to exempt some backs on paying deposit interests. 3. Restart QE at EUR 30B per month. 4. Adjustments to TLTRO. 5. Change of forward guidance to keep interest rates low well past horizon of QE.

Trump postpones some tariffs on China as they celebrates anniversary

As a gesture of exchange of good will, US President Donald Trump announced yesterday to delay the next batch of tariffs on China by half a month. The imposition of additional 5 tariffs on USD 250B in Chinese imports will be postponed from October 1 to October 15.

Trump tweeted: “At the request of the Vice Premier of China, Liu He, and due to the fact that the People’s Republic of China will be celebrating their 70th Anniversary on October 1st, we have agreed, as a gesture of good will, to move the increased Tariffs on 250 Billion Dollars worth of goods (25% to 30%), from October 1st to October 15th.”

Earlier, China announced to exempt 16 categories of US imports from new tariffs, including some anti-cancer drugs and lubricants, as well as animal feed ingredients whey and fish meal. Trump referred to that separately and said “They made a couple of moves … that were pretty good… I think it was a gesture, okay? But it was a big move.”

The moves by both sides are more symbolic than substantial in nature. Yet, it’s a sign that both are working towards to create an easier atmosphere for the expected face-to-face high level trade meeting in Washington next month.

The Chinese Yuan rises notably today as both US and China offered gestures of good will ahead of next month’s trade meeting. USD/CNH topped in the near term at 7.1964 after both sides agreed to come back to the table. Technically, USD/CNH’s pull back from 7.1964 is set to continue as tensions stabilize. Deeper fall would be seen back to 55 day EMA (now at 7.0307). However, we’d expect very strong support at 6.9909 cluster support (38.2% retracement of 6.6704 to 7.1964 at 6.9949) to contain downside to bring rebound. That is, the psychological important 7 handle might be breached, but not broken. 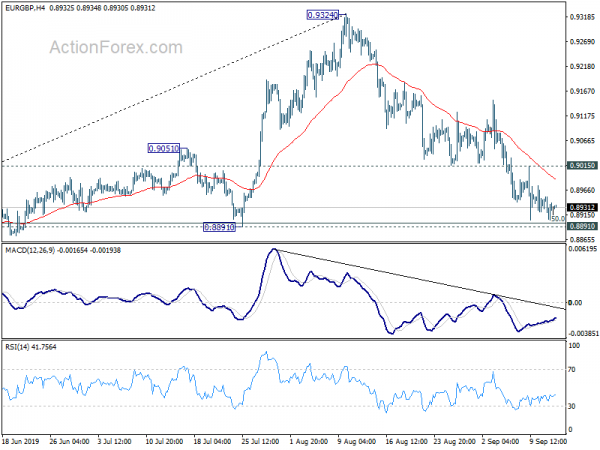 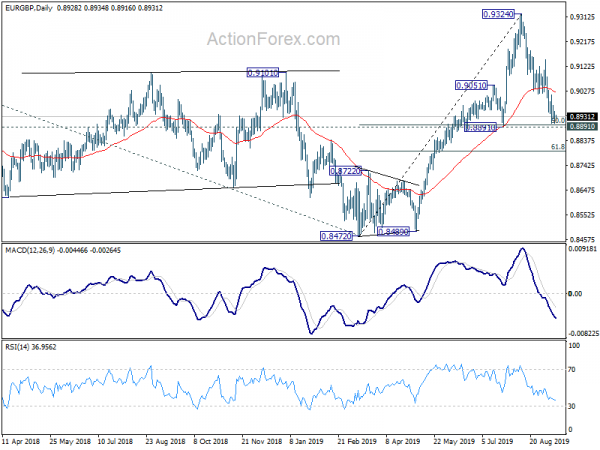