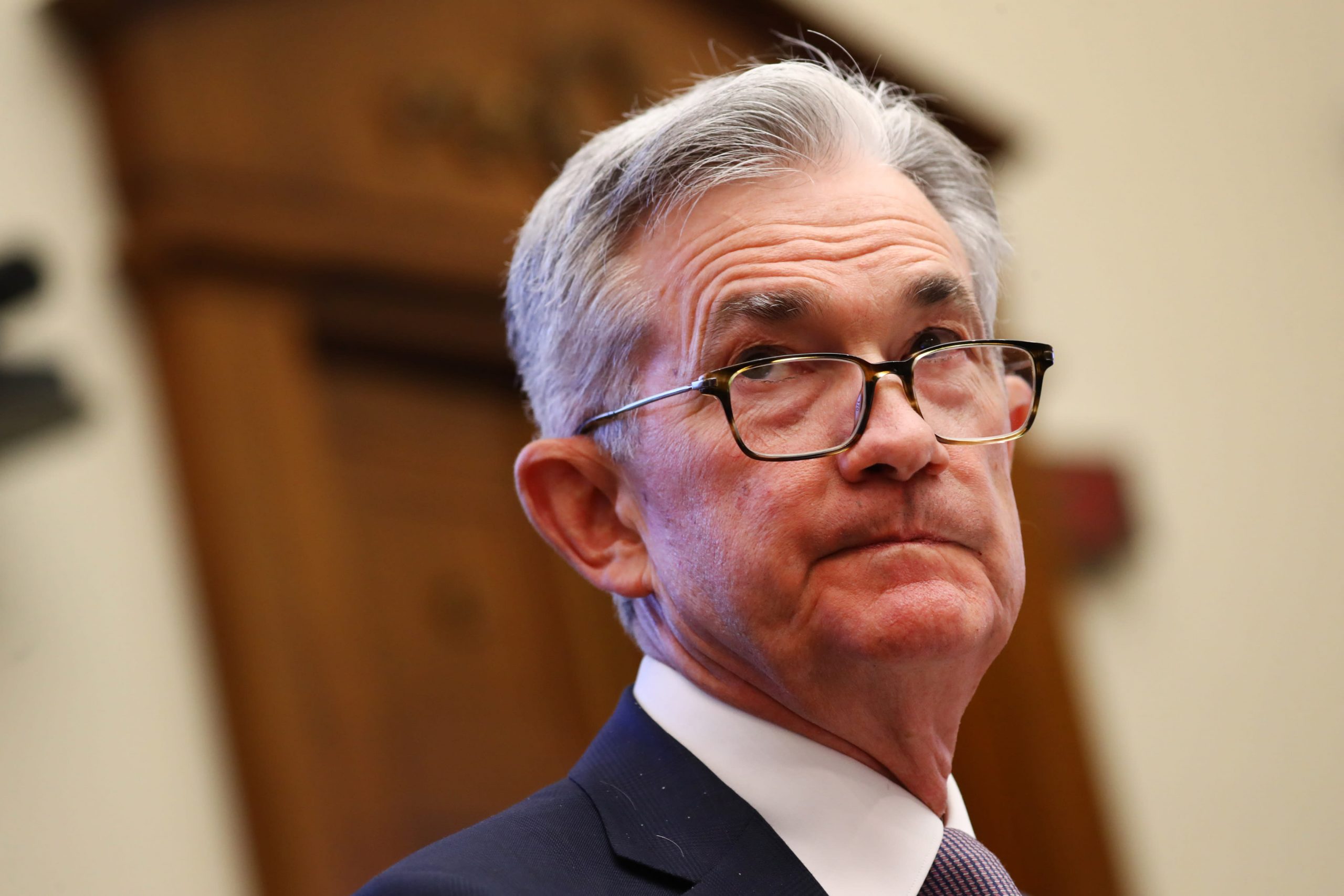 Jerome Powell, chairman of the U.S. Federal Reserve, waits for the start of a House Financial Services Committee hearing in Washington, D.C., on Wednesday, July 10, 2019.

Federal Reserve Chairman Jerome Powell pledged that the central bank would engage in a “sequence” of interest rate cuts if conditions warrant, but he doesn’t see that as necessary now.

Speaking after the Fed lowered its benchmark interest rate by 25 basis points, Powell said data will dictate future moves, with he and his colleagues ready to act to keep the decadelong expansion going.

“If the economy does turn down, then a more extensive sequence of rate cuts will be appropriate,” he said during his post-meeting news conference. “We don’t see that. It’s not what we expect.”

The Fed approved the quarter-point reduction even though its economic assessment changed little. The statement announcing the move featured language almost identical to that following the July rate cut, justifying the easing as a response to a weakening global economy and low inflation.

“We made one decision today, and that decision was to lower the funds rate by a quarter percentage point. We believe that action is appropriate to promote our objectives,” he said. “We’re going to be highly data dependent. I would also say as we often do that we’re not on a preset course.”

The cut came without indications that further reductions are ahead.

In fact, committee members were divided over the future course, with no additional reductions this year narrowly carrying the day. Powell acknowledged that making policy in the current environment is difficult and emphasized that officials are flexible in their approach.

“Sometimes the path ahead is clear and sometimes less so,” he said. “We’re going to be looking carefully meeting by meeting a full range of information and we’re going to assess the appropriate stance of policy as we go.”