Bitcoin price has dropped over 20% this week, a substantial drop. We have not seen this sort of weakness since November 2018. This particular move was long coming because the price failed to cross above the 50-day moving average during its recent battles with this average. From this, tt was pretty clear that the path of the least resistance is skewed to the downside.

As mentioned previously, the relative strength index on the daily time frame has dropped in oversold territory. The extreme oversold reading of the RSI is usually associated with a mean reversion trade- meaning a pause in the current trend or the start of a new trend in the opposite direction.

Looking at the weekly time frame, as long as the price doesn’t break this week’s low of $8,063, and this support level remains intact next week, the chances are that the uptrend may shape up from here. 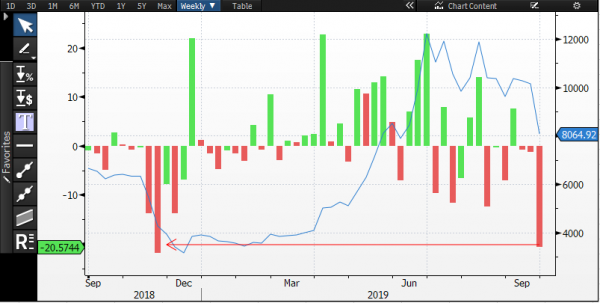