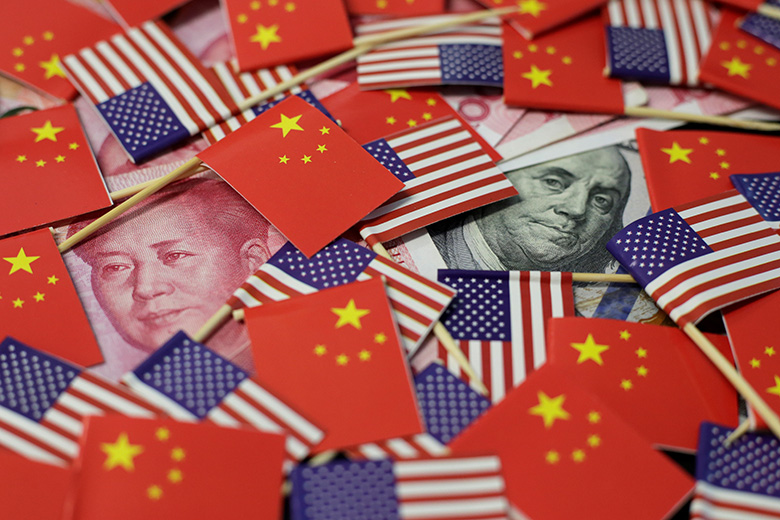 Reports emerged last week that Donald Trump was considering a ban on Chinese companies listing on US exchanges, as the next escalation of the US-China trade war.

We doubt it will happen.

Nasdaq, for one, has been quick to pour scorn on the idea, and to point out it is US institutions that would lose out from such a measure.

However, the reports were sufficient to undermine US markets, and in particular US-listed Chinese tech stocks such as Alibaba.

One constituency won’t mind the rumour at all: Asia-Pacific stock exchanges.

For years, the flight of leading Chinese companies to the US, bypassing homegrown bourses in Asia, has been a bugbear to Asian stock exchange executives, particularly in Hong Kong.

When Alibaba skipped Hong Kong and went straight to the New York Stock Exchange for its international listing, the fallout was so severe that Hong Kong Exchanges and Clearing compromised their own governance standards to avoid it happening again, allowing dual class shares for the first time, as the NYSE does.

There is a considerable gap between the floating of an idea and it happening, but there is a serious point here: trade wars aren’t just about trade but the movement of capital

Doing so allowed Hong Kong to capture the Xiaomi listing, though at some cost to the exchange’s own principles.

Singapore, for a time, developed the so-called S-chip market to capture second-tier Chinese listings, though that didn’t end well: many were of questionable quality and several collapsed entirely and remain suspended, with investors’ money lost.

Increasingly, Chinese companies will opt for a dual listing: one in Shanghai or Shenzhen, and a second overseas.

If that overseas listing is seen as a straight choice between Hong Kong and one of the US exchanges, then one can assume they weren’t too disappointed in Hong Kong’s Exchange Square offices to hear rumours that Chinese issuers might not even have a US option anymore.

Like most Trump ideas – Greenland, anyone? – there is a considerable gap between the floating of an idea and it happening, but there is a serious point here: trade wars aren’t just about trade but the movement of capital.

That’s not an accidental by-product; many US Republicans, such as Marco Rubio, are actively lobbying for capital markets to be part of the battleground.

It’s interesting, too, that Nasdaq subsequently announced a crackdown on IPOs of small Chinese IPOs that don’t trade and are largely held by Chinese investors anyway.

There are more than 150 Chinese companies listed on the NYSE and Nasdaq, and many more would ordinarily be expected to follow them.

Impeding that flow as a negotiating point on a trade deal may have consequences that last long beyond the resolution of today’s political impasse.