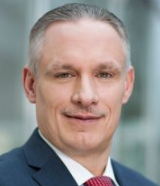 In December, the Plato Partnership – a not-for-profit-organization whose members include large asset managers such as Axa Investment Managers, Blackrock, DWS, Fidelity, Norges Bank, Union Investment and many others, as well as leading investment banks – announced a new venture with BMLL Technologies, a data engineering and data analytics company.

Platometrics will provide a complete picture of European equity trading data for the many venues to which European equity investors and their brokers route orders – including analysis of liquidity available on various venues, the best European bid offer price down to the millisecond throughout the trading day, and other quality-of-market metrics such as order-fill rates, percentage of time with best price, intra-day price volatility and market impact of executing.

It will offer all this on the day after trade date. This will have obvious application for benchmarking transaction costs and demonstrating best execution.

The fragmentation of European equity trading may have brought benefits to investors in terms of lower transaction costs and the option to trade either on lit exchanges, with full pre-trade transparency as to depth of order book, or anonymously on various types of dark pools that might reduce the market impact of large trades. But keeping abreast of all this data and getting a full picture of what is happening in each stock across every venue is extremely difficult.

Debate has been raging about the absence of a consolidated tape for the fragmented European equity market and over the rising cost of accessing data from all these venues.

During December 2019, the European Securities and Markets Authority (Esma) was preparing a report for the European Commission.

Esma chair Steven Maijoor neatly summed up the divergent views of market participant: “Many data users raised concerns, accompanied by evidence, that trading venues increased market data prices and introduced new types of fees over the last years. Most trading venues disagreed with this assessment and considered that prices for market data were overall stable.”

Here’s the revolutionary thing about Platometrics: the Plato Partnership pays BMLL for the data and analysis of 1.5 billion data points per day and Platomerics then offers this back to users free of charge.

Johannes Sulzberger, chief executive of BMLL, tells Euromoney: “Most of this data has been available but it would be very expensive to obtain it all and apply analytics to it. And the few hedge funds and high-frequency traders that have done that were seeking an information and latency advantage for themselves to monetize.

“We are now shining a light on the whole market and all its venues. Previously market participants might pay for records of their own trades. We are able to take records from the matching engines of all the regulated markets for every trade and every order and so provide much more analysis than just a record of the best bid and offer at any given moment. So, this is a way to level the playing field for users of those venues.”

There is some innovation in the data collection. Platometrics divides liquidity into four buckets: lit venues, such as stock exchanges; dark and grey pools, many run by exchanges themselves; so-called bilateral liquidity, provided through banks’ systematic internalizers to asset managers with which they have relationships; and non-addressable liquidity, which mostly comprises out-of-hours over-the-counter trades and technical trades such as swap unwinds which have no impact on price formation.

Assembling aggregate data from the third bucket, so called bilateral liquidity, is a breakthrough. “This is new for the market,” says Sulzberger. “There was not a lot of clarity on what is happening with systematic internalizer liquidity, but we took the view that this is certainly price forming liquidity and that it is important to get a view on it.”

Systematic internalizers have post-trade reporting obligations through approved publication arrangements with bodies such as the London Stock Exchange’s TradEcho and cboe BXTR. Platometrics takes the post-trade data from these entities and adds that to its analysis.

How may access to all this information change the way asset managers and their brokers work?

Typically today, an asset manager will pass an order to a broker, which executes it through a smart order router, an algorithm that may split it across various venues.

Asset managers can compare the outcomes of what different firms’ execution algos do for them but can’t really drill down into the paths those smart order routers follow.

Bellaro says: “We are now coming to the end of three years of regulatory fatigue with enormous resource focused on compliance. I believe that 2020 will be a year of innovation as technology resources and budgets are redeployed to changing business models in order to strive for a competitive advantage and firms look to become more profitable. I would add that solving the complex liquidity puzzle using Platometrics will allow for a more informed debate on the future direction of market structure design, which I believe will help drive further market innovation.”