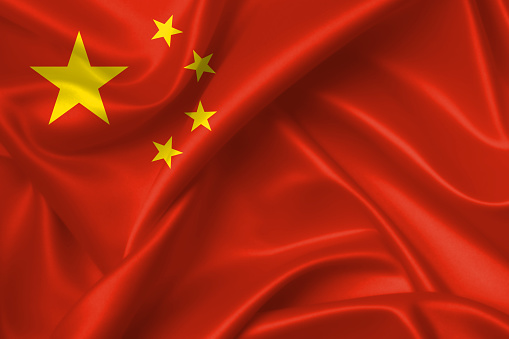 President Trump’s comments that a trade deal may not happen until after the 2020 election sent stock markets into a tailspin overnight, and are spilling over into the Asia Pacific this morning. One thing that isn’t clear to me, though is if the President was referring to the interim or the final trade agreement with China. With the December 15th tariff-day massacre looming, the warnings made in previous notes seem, sadly, to be ringing true. That capped a grim day for the interim trade-deal global recovery FOMO trade of the last two months, with barbs also flying between the Europeans and the US President, who ostensibly in London for NATO’s 70th anniversary.

France and Europe have both threatened to retaliate with their own tariffs if the US imposed tariffs on France over their digital business tax. It has left NATO looking more like the North Atlantic Tariff Organisation, rather than the North Atlantic Treaty Organisation. Instead of collective security, we appear to be heading down the path of collective insecurity. Expect the US President today to berate some members, and rightly so Germany, for not meeting their required defence spending as a percentage of GDP requirements. At least the Russians will be happy.

Asia is likely to receive another kick on the ground today to go with the trade delay beating of last night. The US House of Representatives has just passed another China Bill by 407 to 1 that would impose sanctions on Chinese officials involved with the repression of their Uigur minorities. The Bill itself is an amended version of a Senate one passed in September, and the odds are likely that a joint bill between to two houses will be passed sooner, rather than later.

The Bill itself is potentially a bigger negative story for Asia than the trade and tariff news overnight. Coming after the Hong Kong Bill last week that has clearly upset China and thrown a potential spanner in the trade negotiation cogs, the passing of this Bill into law – it has enough votes to override the Presidential veto – threatens to seize the mechanism completely. Some sort of Chinese retaliation is inevitable as the market anxiously awaits its announcement of the list of “unreliable” US “entities.”

Against this backdrop, the pullback in global equities markets still has a corrective look about it. Fortunately, with most markets at or new record highs, investors have plenty of “fat on the lamb” for now if the trade pastures dry up. The risk pendulum though is swinging back towards the defensive side though as gold’s rally overnight highlighted.

To my knowledge, goods “Made in the North Pole,” have yet not been included in any of the tariff plans of the US, China or Europe. Thus, Christmas appears to be safe, for now. Hopefully, Santa Claus has not been outsourcing production to any of the three big kids in the trade playground though. His sleigh could otherwise, face long, and potentially expensive delays, at various customs posts around the world on the evening of December 24th.

Australian GDP was released this morning, printing at 1.70% YoY which was as expected. It will provide a glimmer of hope for the RBA, although it remains well below its target growth rate. Hong Kong’s Markit PMI for November came in below expectations at 38.50. To highlight the effect of people power, Chile received its own dose of Hong Kong’s medicine overnight. Retail Sales plunged by 12.10% YoY versus a forecast drop of 3.50%. If nothing else, it highlights to governments, the perils of ignoring disenfranchised citizens. The list grows longer by the week and will be another central theme of 2020.

China’s Caixin Services PMI is released at 0945 SGT and is expected to print a rise to 52.7. Asia has started the day poorly, and the new China Bill will deepen that gloom. A below-expected print could well be enough to turn the exit alarms up to full volume.

President Trump’s comments that a trade deal may not happen until after the 2020 election saw equities slump overnight. Wall Street had another day in the red with the S&P 500 falling 0.67%, the Nasdaq falling 0.55%, and the very trade-sensitive Dow Jones slumping 1.01%. Wall Street remains near record highs, with the street not yet in panic mode; although positive sentiment continues to wane. The global rally of the last few months has been entirely constructed from hope, and not reality. Reality may yet have its pound of flesh before the year-end.

Asia-Pacific markets are all lower this morning unsurprisingly. The Nikkei has fallen 1.25%, and the Kospi is lower by 0.90%. The trade-sensitive Australian All Ords is lower by 1.41% with the New Zealand NZX 50 surprisingly resilient, down only 0.10%. Futures trading points to a near 2.0% lower opening for Hong Kong with Mainland exchanges likely to be close behind.

The US House’s passing of its 2nd China Bill is likely to affect Asian markets disproportionately, with most of the economies of the region intrinsically tied to China. Worries will have increased that the Bill could torpedo any chance of even an interim trade agreement, and also of potentially aggressive retaliation by China. Against this backdrop, Asian stock markets will trade heavily today.

The CHF has now risen by 1.30% against the dollar over the last 48 hours, signalling investors nervousness about the health of the global recovery trade. USD/CHF has support at 0.9840, a level that has held since September. A break could signal further haven flows and a test of 0.9800, much to the despair of the Swiss National Bank. Negative interest rates and a stable currency are giving it a very Japanese look with the SNB’s room to manoeuvre limited.

EUR/USD was almost unchanged overnight at 1.1090 but sits just below 5-week resistance at 1.1100. Further trade tremors could see EUR/USD move toward 1.1150, although being squarely in the centre of the Trump tariff crosshairs will limit the single currencies gains.

GBP/USD closed 0.50% higher at 1.2998 overnight, just below the upper-end of its two-month 1.2800/1.3000 range. A weaker dollar rather than election politics drove the rally. Caution should be exercised at these levels for traders looking for further rallies. GBP has disappointed at these levels time and again and election clarity, not geopolitics, are what is required to give momentum to further GBP gains.

USD/CNH jumped overnight as trade worries were equally shared between the US and China. USD/CNH rose 0.35% to 7.0680 in volatile trade that saw it test 7.0900 earlier in the session. Whether President Trump was referring to the final, or interim trade deal overnight isn’t apparent, but the passage of the 2nd China Bill in the Washington DC will likely “trump” trade fears today. Fears of Chinese retaliation will keep the CNH on the back foot with the next significant level at 7.1000. A break of this level will possibly darken the US President’s mood potentially complicating an already complicated situation.

Oil had a volatile session overnight, buffeted by trade worries and OPEC+ speculation. When the dust had settled, both Brent and WTI finished slightly stronger, with speculation on deeper OPEC+ production cuts, plus a weaker US dollar, balancing out fears or a worsening global economic outlook. Brent crude rose 0.05% to 61.95 a barrel and WTI rose 0.60% to 56.30 a barrel.

Both contracts are now in the middle of their two-month ranges with the pullback of the last week, a welcome rebalancing of excessive speculative long positioning. Both contracts should remain supported at these levels despite the trade concerns as the market looks to the start of the OPEC+ meeting tomorrow.

Speculation has increased that OPEC+ may deepen its cuts to support prices. OPEC has surprised before, and I put this likelihood at 50/50. Adding support to this theory is that Saudi Aramco’s IPO price is also announced tomorrow, with the Saudi’s unlikely to want to see oil lower in the week following.

Gold is unchanged in early Asia but should remain supported at these levels, as the bad news keeps on flowing into global markets from Capitol Hill this morning. Trade nerves have seen bond yields slide along with the dollar, which is usually gold supportive.

The $1480.00 region is a formidable technical barrier though to further gains. That said, I would not be in the least surprised to see stop-loss buying coming to market if it breaks comprehensively. That momentum, though, will probably require some further negative news to be heaped on the tariff bonfire. That could come in the form of an official Chinese retaliation today. Gold’s next resistance after $1480.00 is at $1520.00 an ounce.