Spiking oil prices have led to recessions in the past, and that’s why the stock market is on edge 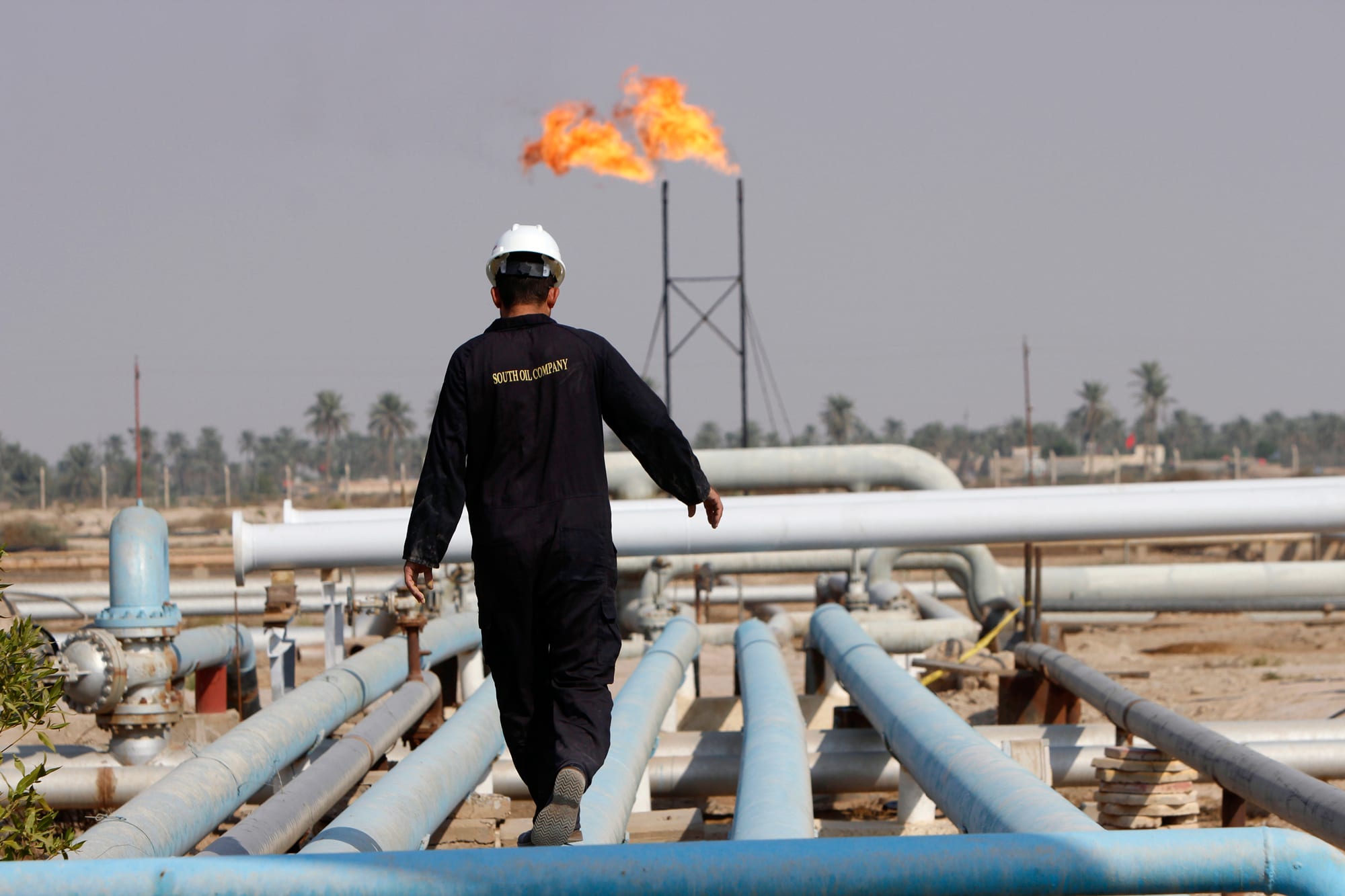 A worker walks at the Nahr Bin Umar field, Iraq.

The latest flare-up in U.S.-Iran relations could bring about the end of the longest bull market ever if crude prices keep surging, slowing an already fragile global economy even further.

But investors cautioned we’re not yet at that point.

The last three U.S. recessions all came after a sharp increase in oil prices. Between July and October of 1990, crude shot up nearly 135%. The U.S. economy then entered a recession that lasted until 1991. Crude more than doubled between 1999 and 2000 before the economy fell into a recession in 2001. Oil also shot up more than 96% from its 2007 low into early 2008, just before the most recent U.S. recession.

Crude prices shot up as much as 4.8% on Friday after the U.S. killed Gen. Qasem Soleimani, a top Iranian military leader, as worries that an escalation between the two countries could batter the Middle East region and the global oil supply. Oil later gave up some of those gains to trade around 3.3% higher at $63.18 per barrel. Crude is still up more than 20% from its low around $51 in October.

The ramifications of a sustained crude price surge could be even bigger than a disruption in oil supply if a recession ensues.

“One of the things that can derail a bull market is a spike in oil prices that can cause a recession,” said Paul Hickey, co-founder of Bespoke Investment Group. “When you have higher oil prices, that’s going to impact a key cost for a lot of different businesses.”

The current bull market started on March 9, 2009, and since then stocks have been the best alternative for investors. In that time, the S&P 500 has skyrocketed more than 370%. At nearly 11 years old, it is also the longest bull market ever.

But the economy has shown signs of straining despite the optimistic outlook signaled by stocks. For example, a report on Friday from ISM showed the lowest level of manufacturing activity in December in a decade.

How will Iran respond?

Oil prices are only up abo