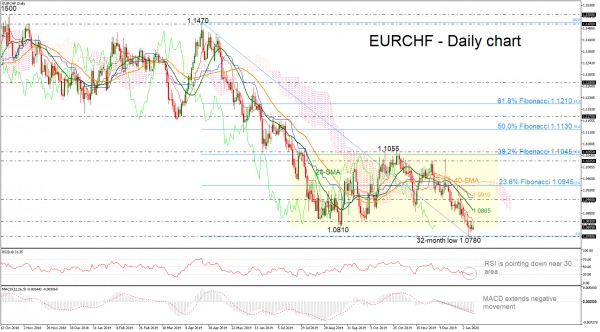 The MACD seems to be losing momentum below its red trigger line, the RSI is still hovering around its 30 oversold mark and the red Tenkan-sen is sloping down as well, while the blue Kijun-sen is still flattening, all signaling a more cautious trading in the short-term.

In brief, EURCHF maintains a neutral profile over the last six months in the medium-term. However, in the short-term the pair remains negative.