Goldman Sachs, the 150-year-old investment bank, is staking its future on a mobile app 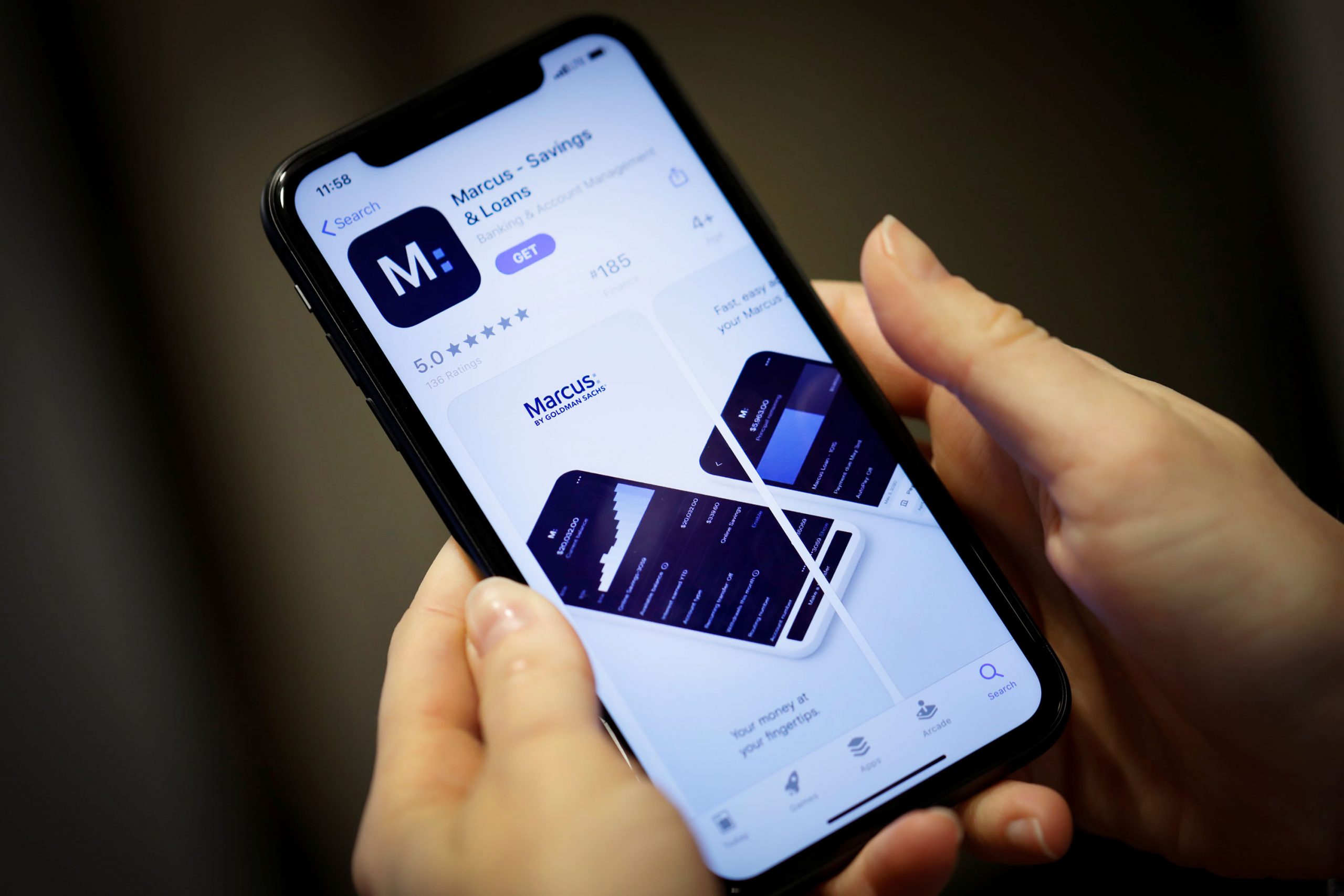 A woman looks at Marcus, a new savings and loans app recently launched by Goldman Sachs in New York, January 10, 2020.

When Goldman Sachs released a long-awaited app for customers of it Marcus consumer bank last week, it did so with little fanfare or hype.

Unlike the intense attention on its last retail product, the Apple Card, the launch of the bank’s Marcus app was heralded by little more than a smattering of user reviews.

But the app may prove to be far more important to Goldman than its credit-card partnership with Apple. That’s because the portal, which today lets customers check balances and set up recurring transactions, will one day serve as the bank’s storefront and one-stop shop for an array of digital banking services, according to Adam Dell, a Goldman Sachs partner and head of product at Marcus.

“Over time, our ambition is to extend the capabilities of the Marcus app and have that be the centerpiece of our consumer-facing experience,” Dell said in an exclusive interview.

The app comes at a crucial time for Goldman. Ahead of the bank’s first-ever investor day later this month and earnings report this week, shareholders are eager to hear about how three-year old Marcus will drive revenue growth. Last week, Goldman, which has served corporations, heads of state and rich individuals for most of its 150-year history, changed its reporting lines to give its retail operations a standalone division for the first time.

Goldman executives like Dell – an entrepreneur and brother of billionaire Michael Dell who joined Goldman in 2018 after selling his start-up to the bank for $100 million – have made no secret of their intention to beat big retail banks at their own game. That means expanding Marcus from its two products – savings and personal loans – to potentially include wealth management, mortgages, car loans, insurance and cards beyond the Apple Card.

Adam Dell, head of product at Marcus by Goldman Sachs

Dell, who is a part of a recent wave of outsiders to join Goldman at the senior-most partner level, said the firm spent much of last year planning, building and testing the app with hundreds of employees. The development team was led by Dell and former employees of Clarity Money, the personal finance start-up that Goldman acquired.

“Our aspiration is very clear: We want to build the best digital banking experience that any customer can have,” Dell said. “As I think about the competitive landscape of the incumbent consumer banks, I think there’s enormous opportunity for us to differentiate ourselves with great digital products.”

Making a standalone Marcus app represents a potential shift in the bank’s strategy. When Goldman acquired Clarity Money and its one million users in 2018, bank executives said part of