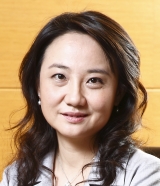 CMB opened its PB division in 2007, put Wang in charge and immediately brushed the competition aside.

In 2019, it swept the board in Euromoney’s annual Private Banking and Wealth Management Survey, winning all 12 China awards, including best overall provider of onshore PB services.

A quietly spoken mainlander from the tech-heavy city of Hangzhou, Wang will formally join Credit Suisse in April after completing her gardening leave. Her role will focus primarily on helping the lender to become a leading provider of high-end PB services to mainland customers.

China is now integral to the health and wealth of the PB sector. In October, Credit Suisse Research Institute said global wealth expanded by 2.6% year-on-year, or $9.4 trillion, to a total $360 trillion in 2018; China accounted for $1.9 trillion of the net gain.

Wealth-X’s latest billionaire census, published in May, counted 285 Chinese dollar billionaires with a total net worth of $996 billion, second only to the US (705 billionaires; cumulative wealth of $3 trillion).

Credit Suisse is looking to ring-fence its mainland China operations for five years, a defensive measure that will help it control costs during a prolonged and probably expensive growth phase

At a personal level, the move will give Wang direct access to Credit Suisse’s global PB network, which employs 3,800 relationship managers in 50 offices.

Many of Wang’s high- and ultra-high-net-worth mainland clients, families with capital scattered around the world, are expected to follow her to a lender that won Euromoney’s 2019 award for the world’s best bank for wealth management.

The move underlines Credit Suisse’s desire not to lose any ground in what will likely be a politely ruthless race to meet the financial needs of China’s richest families.

Well-placed sources said Wang will have a strong voice in the hiring process, as the bank looks swiftly to expand its onshore team.

She will be handsomely remunerated, earning an annual wage of $2 million, topping out at $3.5 million if all targets are hit. It’s money well spent. Those who know Wang well point to her intelligence and technical excellence, her ease in new environments and ability to listen.

Wang will report to the head of north Asia PB and Hong Kong chief executive Francois Monnet, and to Zhenyi Tang, who was named China CEO in June.

Tang spent eight years at Citic Securities and CLSA, and before that 17 years at China’s finance ministry. He left Citic in March after falling out of favour at the Beijing-controlled securities firm.

Described as “affable and amiable” and a “consummate professional”, Tang is also on an estimated basic salary of $2 million, rising to $10 million if his team hit all their targets.