Signs that the Spread of the Coronavirus is Slowing Down 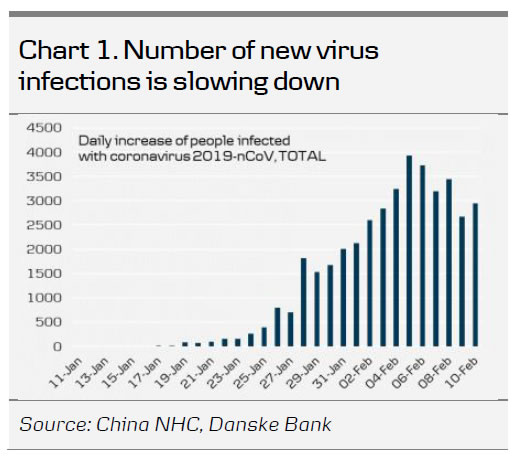 A run-down of the latest data 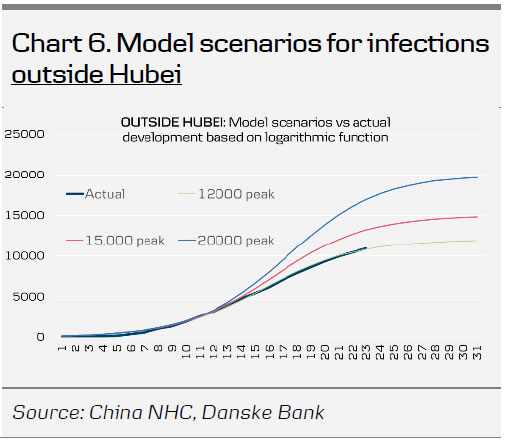 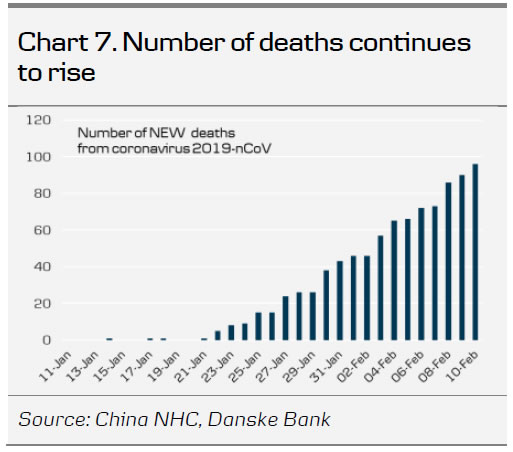 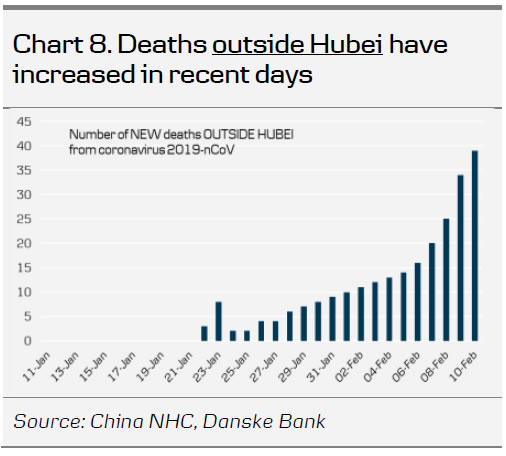 Can the numbers be trusted?

We get a lot of questions on whether the data can be trusted. Here is our view. The numbers for Hubei are almost certainly underreported, but mostly due to capacity challenges. Based on anecdotal evidence, it seems the most serious cases are reported, while capacity constraints imply that people with milder symptoms are sent home with a message to stay inside and return if the symptoms get worse. It also suggests that the death rate is lower than reported in Hubei as all the cases with mild symptoms are not registered. They may be part of the category ‘suspected’ or ‘under observation’. The daily change is also falling for these categories (first decline in ‘suspected’ was registered today).

Outside of Hubei, we believe the numbers are broadly correct as there is less strain on capacity here. We do not believe the authorities hide cases on purpose as Beijing has made clear that any failure to report will be punished. In addition, WHO is working closely with China and has endorsed the reporting. Outside mainland China, we also believe the numbers to be reliable, although there could be people with mild symptoms only that are not registered.

The picture of moderate improvement is emerging both within China outside the Hubei province as well as outside mainland China. It suggests the picture is broadly real.

Finally, we believe that what the data is showing makes sense. When you lock down a whole province and other areas and people stay home and avoid public transport and big gatherings, then you should expect contagion to slow. It is too early to say it is under control but the measures taken are working. The coming weeks will be crucial as factories start up again with metros filling up and more contact in the work places. There is a risk it increases contagion levels again.