Oil Market Week Ahead: The Real Tally of the Virus 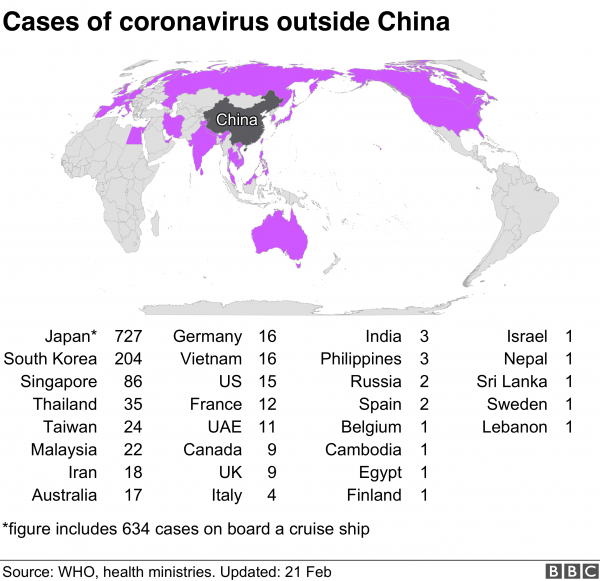 Just as China started containing the spread of the coronavirus, two new flash zones opened up in South Korea and Iran, where the number of cases has surged over the last three days. Even before the virus jumped countries, South Korea had to stop some of its car production as the supply of key parts from China was hampered by the outbreak. If the number of cases continues to rise, there could be further repercussions on the country’s manufacturing as Daegu City, the epicenter of Korea’s outbreak, hosts several large industrial complexes with factories for Samsung and Korea’s steel producer Posco.

For oil investors, it is now a matter of trying to assess how much damage to demand all of this will cause before the outbreak reaches a turning point. So far we only have estimates: OPEC now forecasts an 18% decline in this year’s demand, while Goldman Sachs expects Brent crude prices to average $10 less than previously forecast, now seen at $53/bbl.

However, the week ahead will provide first solid data for analysis. China’s industrial data for January released on Monday will not be of much help because it will show a decline in production that would have been caused by the planned week-long closure for Chinese New Year but February manufacturing PMI, which will be published on the night of 28 February, will provide a clearer picture. Even before the coronavirus, Chinese manufacturing PMI was teetering on the edge of growth with a reading of 50. Now it is expected to have dropped to 45, indicating a worrying slide into contraction. OPEC back to its original schedule

Russia successfully managed to avoid all of OPEC’s nudges this month to cut production in order to balance out the virus-induced loss in crude demand. Instead OPEC is back to its original schedule and will meet in Vienna on the 5th and 6th of March. An eventual production cut seems an inevitability at this stage, but Russia’s reaction so far raises doubts over whether OPEC+ will be able to reach a collective agreement or if Saudi Arabia and OPEC members will be left to carry the cuts alone. The decision will be a difficult one for Saudi Arabia to make as Russia has been increasing its sales into China sharply over the last few years and is directly competing with Saudi Arabia for market share.

So far Russia has argued that it first needs to see how much damage the virus will inflict on China’s economy. We could be still weeks away before knowing the answer to this question as Chinese factories are now coming back on line after a couple of weeks of closures but are far from operating at full capacity with workers discouraged from travelling or still infected.

After years of toing and froing on Nigeria’s petroleum legislation caused by friction between the country’s president and government ministers, the country is now finally within reach of workable regulation. This week the House of Representatives passed the bill which is expected to be signed into law by the President in May. The absence of legislation has slowed down the development of the country’s deep oil offshore fields as oil majors were reluctant to proceed with massive investments without being certain about the financial implications of the new regulation.

However, the timing of the bill is not working in the country’s favor. The deep sea oil fields were scheduled to start producing oil in 2023 but are financially only feasible at prices of above $60/bbl. While the country dragged its feet with the oil regulation, the majors have started looking for projects in other African countries with less cumbersome legislation and may not return to Nigeria in the near future. In February Wood McKenzie published a report saying that the country’s output could decline by 35% if the oil regulation reforms are not completed, costing Nigeria more than $2bn in potential oil revenue. The three major projects by Shell, Total and ExxonMobil are now expected to be delayed between two and four years and come on line only from 2025 onwards.