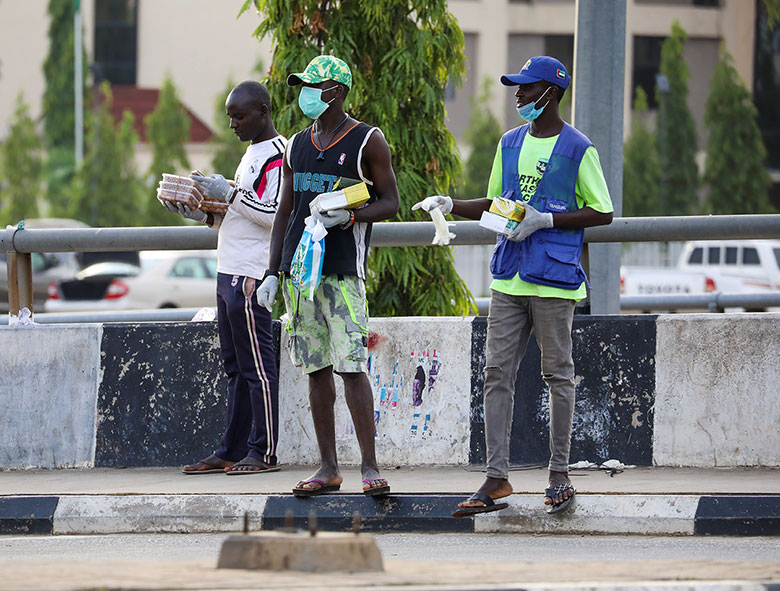 The IMF is stepping up to the task of providing debt relief to free up fiscal space for Africa’s poorest countries to fight Covid-19, as finance ministers say a full waiver on all public and private sector debt is essential.

The appeal comes as the G20 leaders hold an emergency video summit on Thursday to discuss their response to the coronavirus.

Africa needs $100 billion of emergency additional resources to fight the coronavirus and is appealing to the IMF, World Bank and European Central Bank (ECB) to provide assistance to waive some $44 billion in debt service payments for 2020.

African finance ministers called on international donors to make available $100 billion of resources via a coordinated response to fight the virus in an open letter to heads of the three multilateral development banks (MDBs) after a virtual conference facilitated by the United Nations Economic Commission for Africa (UNECA).

Appealing to the MDBs to lead the funding effort, ministers also asked for the immediate waiver of interest payments on all public sector debt, estimated at $44 billion for 2020. This, they say, will give Africa the fiscal room needed to fight the pandemic.

To support the private sector, ministers are also asking for a full waiver of interest payments on trade credits, corporate bonds, lease payments and the activation of liquidity lines for central banks.

“[Support is] necessary to ensure countries and businesses can continue the purchase of essential commodities without weakening the banking sector,” the letter states.

It is clear Africa needs rapid access to funding, but across the board debt relief, if only for 2020, is a complex issue with many stakeholders.

Abebe Aemro Selassie, director of the African Department at the IMF, is cc’d on the UNECA letter as an intended recipient, he tells Euromoney.

“It is an interesting proposal,” he says. “We are keen to see more details and study the proposal more closely.”

“In zeroing in on the how severe this shock threatens to be, and understanding the need for financing, they are absolutely correct in their assessment.”

Selassie says that a coordinated response from the MDBs is essential and that the IMF has been working closely with other MDBs, including the World Bank and World Health Organization (WHO), to ensure the institutions’ responses dovetail and provide coordinated support to address specific country needs.

However, in response to UNECA’s proposal for private sector debt relief, he acknowledges the complex nature of the creditor landscape.

“Official bilateral debt can be addressed or rescheduled by governments, in a way that is within the control of governments,” he says. “Bilateral debt relief could provide significant relief for affected countries.”

The IMF is offering debt relief to poor counties through its Catastrophe Containment and Relief Trust (CCRT), as well as making $50 billion available via rapid-disbursing emergency facilities, including $10 billion on highly concessional terms for low-income countries.

The IMF expects to begin disbursements in early April.

At least 20 countries have requested additional financing from sub-Saharan Africa.

“We are processing those requests incredibly rapidly,” says Selassie.

“Most are requesting disbursements under the rapid credit facility, which typically provides financing equivalent to 50% of a country’s IMF quota,” he says. “Any funding via this rapid-disbursing emergency facility is additional to lending under existing programmes.”

“I’m calling on the G20 leaders to allow the poorest countries to suspend all repayments of official bilateral credit,” he writes in an open letter.

“In many cases, this will require comprehensive and fair debt restructuring that includes net-present value reductions sufficient for restoring debt sustainability.”

The World Bank, including the International Finance Corporation (IFC) and the Multilateral Investment Guarantee Agency (MIGA), has said it could deploy as much as $150 billion during the next 15 months.

However, one senior executive at a development bank tells Euromoney that some participants believe the proposal from the World Bank is not sufficiently ambitious in view of the magnitude of the Covid-19 crisis.

“A more appropriate collective response led by G20 countries and international financial institutions would seek a temporary moratorium on debt service payments for all developing countries from all creditors,” he says.

As well as giving developing countries fiscal space, this gives them time to consider arrangements for rescheduling debts and avoid a disorderly chain reaction of sovereign defaults, he says.

Razia Khan, Standard Chartered’s chief economist for Africa, agrees that multilateral action is needed and notes that as more economies announce states of emergency and some contemplate lockdowns, economic activity and revenue momentum are likely to decline.

“This raises the issue of how more vulnerable economies are likely to meet debt service commitments, underscoring the need for some form of multilateral action,” she says.

“Spending will need to be diverted from everywhere to support the healthcare initiative and it is in everyone’s interest to ensure this is the case.”

However, some deem proposals raised in the UNECA letter to be problematic, as larger economies with more sizeable debt service commitments could benefit disproportionately.

“While the least developed economies, those that are entirely reliant on borrowing from multilaterals, could certainly benefit from debt service relief, it is unclear that this will be needed across the board,” says Khan.

African sovereigns loaded up on cheap international debt after the heavily indebted poor countries (HIPC) initiative granted debt relief to 33 African countries, but many did not make the corresponding adjustment in fiscal discipline.

During the past 10 years, African countries have issued some $105 billion-worth of Eurobonds, which represents around 5% of the African continents $2.2 trillion GDP, not including domestic debt.

“What this whole crisis has shown is [that we need] a rethink of the entire investments and how the west engages with Africa,” says Oluwapelumi Joseph, head of investor relations at Africa Practice in Lagos.

“A lot of these Eurobonds were basically blank cheques. The yields were attractive to people who were buying them. There needs to be more responsibility on both sides.”

“We expect that it will be a sovereign-by-sovereign discussion – it won’t be a wholesale blanket approach to restructuring of debt, as restructuring of facilities is also considered a technical default,” he says.

“The Paris Club lenders will have to take a coordinated response to any sovereign debt rescheduling or forbearance.”