USD/JPY Is Drifting Below The 107 Mark 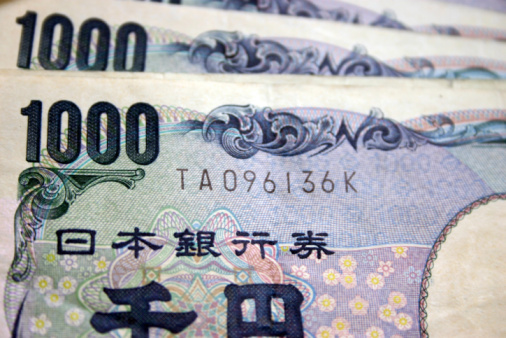 Earlier this week, global (equity) markets mostly saw the glass half full. Sentiment remained constructive even as the number of corona cases worldwide and in the US continued to rise. Yesterday, there were signs of nervousness. The optimism on Chinese markets didn’t inspire European or US markets anymore. US jobless claims, the only data series with market moving potential, printed better than expected, indicating that the return to work was still on track early July. However, it failed to change sentiment for the better. European equities closed with losses of about 1.0%. US equities sold off after some states reported deteriorating corona statistics. They ended off the lows but Dow (-1.39%) and S&P (-0.56%) closed in negative territory. The Nasdaq succeeded a new record close. Uncertainty on the pace of the recovery and thus on demand finally also pushed oil off a cliff. Brent crude oil (close below 42) extensively tested recent highs near $43.50, but finally tumbled in line with equities. Interest rate markets, where moves had been limited of late, also gave a vote of no confidence. The US yield curve already bull flattened early in the session and the move accelerated after an impressive 30-y US bond auction. The Treasury sold $19 bln of 30-y bonds at 1.33% (WI bid at 1.357%!) with a solid bid-to-cover of 2.5 and a very high indirect bid. The bond rally continued after the auction. In the end, US yields declined between 0.8 bp (2-y) and 8.6 bp (30-y). The move in Bunds was more modest with yields easing between 1.6 bp (2-y) and 2.5 bp (30-y). Lingering uncertainty also revived a safe haven bid for the dollar. EUR/USD still tried to rally north of 1.1350 yesterday morning, but the dollar gradually regained the upper hand. EUR/USD tumbled back below 1.13 as US equities declined (close 1.1285). The force of the intraday setback is a bit disappointing for euro bulls. Interestingly, sterling strengthened further below EUR/GBP 0.90 early in the session and maintained that gain despite the risk-off later (close 0.8951).

This morning, Asian equities no longer withstand the more cautious stance from the US and Europe. Regional indices are losing between 0.5% and 2.%. Mainland China indices don’t outperform anymore (loss of about 1.25%). The TW dollar is gaining modest further ground (96.90 area). USD/CNY returns north of 7.00 (7.0075), but in a broader perspective to yuan maintains a big part of this week’s gain. USD/JPY is drifting below the 107 mark.

Today’s calendar is again thin, with Italian and French production data and the PPI price data in the US. However, the focus of markets currently is mainly on activity data, rather than on prices. So global sentiment will again be the main driver for FI and FX trading. German, and even more US yields declined substantially this week and are nearing support levels. -0.49% is intermediate support for the 10-bund yield. The US 10-y yield is already below that intermediate level. 0.54% marks the bottom of a MT consolidation pattern. The pace of the bond rally might slow after recent gains, but the is no reason to row against the tide as sentiment is turning risk-off. EUR/USD developed a constructive buy-on-dips trading pattern since mid-June. The mid 1.1250 area looks more fragile now. 1.1185/1.1161 is key. We assume that these won’t break easily. Sterling showed resilience of late. However, if sentiment turns risk-off we see little room for further sterling gains. EUJR/GBP 0.8912 is first support ahead of the key 0.8861 level.

Ireland’s Paschal Donohoe won the secret ballot of 19 colleagues on Thursday to become the next president of the Eurogroup. Donohoe won the key finance post over Calvino. The Spanish favorite was backed by the EU’s four biggest economies. The region’s smallest nations, including countries from CEE, tilted the balance in favor of Donohoe however, saying they felt supporting one of their own.

The IMF’s chief economist Gopinath pressed governments to shift to “equity-like” support instead of focusing on loans. Gopinath is concerned the pandemic might push many firms into insolvency as they suffer lower revenues for many months while carrying a heavy debt burden.