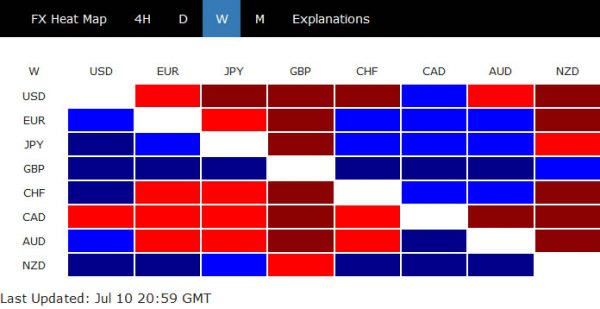 Development of coronavirus pandemic was the main driver in rather dull markets last week. Just when it looked like risk-off was back on second wave of infections, markets were saved by news from Gilead Sciences regarding the test results on redmesivir. NASDAQ has extended its record run, helping treasury yields and other stock index rebounded on Friday.

The picture in the currency markets were relatively mixed. Sterling ended as the strongest one, followed by New Zealand dollar and then Yen. Canadian Dollar was the weakest, followed by Dollar and then Aussie. Price actions in most dollar and Yen pairs are corrective looking. Some more time is still needed for the markets to sort out a clear direction.

10-year yield dipped to as low as 0.573 last week but also followed the market to rebound on Friday, closing at 0.633. At this point, it still looks like 0.543 would provide strong support. There is indeed prospect of further rebound in TNX if risk rally could gather momentum. In any case, as long as 0.543 support holds, it unlikely to see massive risk-off sentiments yet.

However, sustained break of 3500 handle could be a strong sign of a medium term up trend in force. So far, the global markets have paid little attention to the rally in Chinese stocks. We’ll see if they’d follow should SSE breaks 3500 firmly.

As for the Dollar index, there was new developments. It’s bounded inside sideway pattern from 95.71. Considering the corrective price actions, even in case of another rise, upside would likely be limited by 55 day EMA (now at 97.83). Fall from 102.99 would likely have a test on 94.65 support before making a bottom for sustainable rebound.