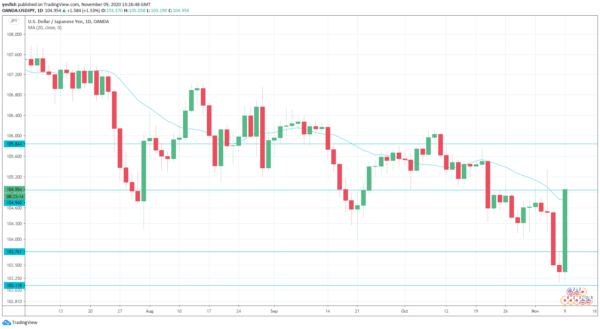 USD/JPY continues to show strong volatility. In Monday’s European session, the pair has climbed 1.51%, recovering all of last week’s losses. Currently, USD/JPY is trading at 104.94.

The Japanese yen posted strong gains on Thursday, as the markets were in a buy-everything mode after the US election, which led to a huge selloff of US dollars. On Friday, the dollar fell to 103.17 yen, its lowest level since early March. However, the tide has now turned, as the yen has surrendered its recent gains and is flirting with the 105 level.

The Bank of Japan, like other central banks, is no fan of volatility in the currency markets. The US election of Joe Biden triggered a broad retreat by the US dollar against the G-10 currencies last week, and the Japanese yen climbed 1.2 per cent. Although the dollar has recovered these losses on Monday, the BoJ remains uneasy over the yen’s recent escapades.

Chief amongst the bank’s concern is the appreciation of the yen in recent months. USD/JPY has appreciated 2.7% against the dollar since July 1st. A sharp rise in the yen’s value would make Japan’s exports more expensive, at a time when the economy is struggling due to Covid-19 and weaker global demand for Japanese goods. Policymakers haven’t forgotten that the USD/JPY fell from 104 to 101 after Donald Trump’s surprise victory in 2016, and they certainly don’t want to see an encore performance from the Japanese currency. If the yen continues to gain ground, the BoJ will be forced to introduce additional stimulus measures in order to prevent further appreciation of the yen. As well, Japan’s Ministry of Finance could intervene if the yen approaches the psychologically-important 100 level, which has held strong since July 2016. 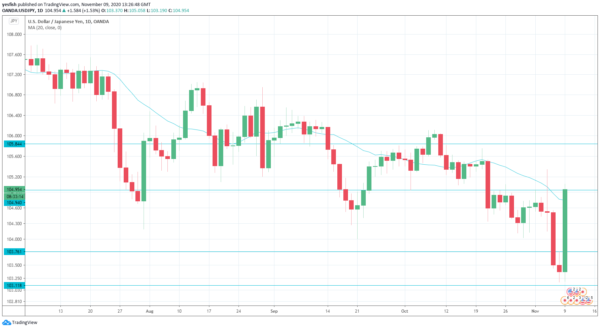