Week Ahead – Focus Stays on COVID 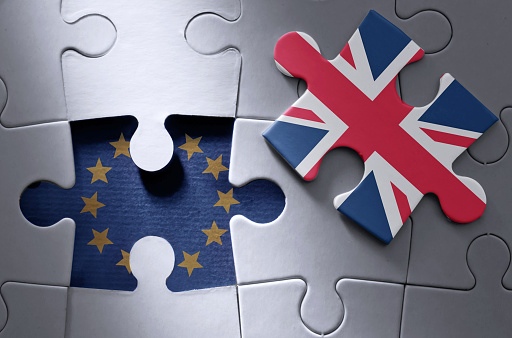 Virus rages on, a wrath of Fed speak, US retail sales slower pace

Next week is filled with lots of Fed speak, an expected sixth consecutive increase with US retail sales, and possible COVID-1 vaccine results from Moderna.  Financial markets remain fixated on the coronavirus, with much attention falling on the US, which is consistently having fresh records with both daily new cases and hospitalizations, while averaging over 1,000 American daily deaths.  Economic activity in the short-term will certainly take a hit as lockdowns return and as parents prepare for schools to close, but financial markets are trying to look beyond the winter wave of the virus.

The focus in the US is all about the coronavirus.  All the COVID data points are heading in the wrong direction.  New coronavirus cases are rising exponentially, with many health experts fearing cases to reach the 200,000-daily level within the week and over 300,000 new infections by December.  Hospitalizations are already at the peak levels during the first and second waves, and the current trajectory could see it double in a month.  The harsh reality of lockdowns and school closures will cripple economic activity for possibly much of the winter and raise the need for fresh fiscal stimulus.

Risk appetite will likely take a strong queue from Moderna’s phase 3 vaccine results which are due any day. Expectations are high for Moderna’s vaccine, which uses mRNA technology just like Pfizer’s vaccine, to post a similar effective rate around 90%.

The Biden administration begins the process of announcing key appointments.  President-elect Biden named Ron Klain as Chief of Staff.  Klain was the Ebola Czar in 2014 and signals Biden is making appointees that can hit the ground running.  Health officials embraced Biden’s decision to select Klain as he was successful in getting agencies to work together.

Wall Street will pay close attention to Biden’s Treasury Secretary pick as they will have the difficult task of supporting a labor market that is at risk of having permanent damage, bridging the wealth inequality gap, and pushing along climate change initiatives.  Current Fed Governor Brainard and former-Fed Chair Yellen are likely to be at the top of Biden’s list.

Not much has changed from the EU side. More stimulus is still expected in December as the lockdowns in Europe wipe out the economic recovery they had been enjoying. Vaccine news is a big positive but won’t help over the next few months.

While frustrations are starting to re-emerge as officials from both sides lock horns on the thorniest issues around a new deal, there is still clearly a desire on both sides to get something done. One thing has not changed, it would be a catastrophic error on both sides if talks were to fail now. Not only has enormous amounts of time and effort gone into this process but we’re in the midst of an economically ruinous pandemic and the two sides should be using this opportunity to emerge stronger as partners. I still think that is what will happen but maybe we have one more twist in this ridiculous soap opera to endure before we reach a happy ending.

The UK bounced back strongly in the third quarter but failed to make up fully for lost output in the second, with the economy still 8.6% smaller than in January. The fourth quarter isn’t going to get any easier which is why the BoE added £150 billion to its quantitative easing program. Not much is likely to change for the foreseeable future, with this aiming to see the central bank through to the end of 2021.

The Turkish lira has bounced back strongly after the central bank head was sacked and finance minister resigned. A new economic agenda sounds good on the face of it but the currency will quickly reverse course if this proves to be nothing more than talk.

China PBOC rate decision Friday. 1 & 5-year loan prime rates to remain unchanged. Will maintain the strength of the Yuan with China having a significant yield advantage for international investors.

The regulations on how China’s big-tech conducts business will be finalised. Nearly $300 billion of market cap shed this week across Alibaba, JD.Com, Baidu etc. The significance of moves by the central government cannot be underestimated. The decision will weigh on China equity markets next week.

Markets are ignoring the ongoing erosion of Hong Kong’s democracy.

In other words India is in the grip of stagflation as it wrestles with the Covid-19 pandemic/recession. INR gained little benefit from Dollar weakness and will remain a regional underperformer. Credit quality concerns and banks persist.

No significant data, but new community cases of Covid-19 in Auckland could potentially signal a new lockdown there and be NZ equity and NZD negative.

Employment Wednesday is expected to ease as initial post-lockdown gains in the domestic economy start to wane. Potentially equity and currency negative if the number misses badly.

AUD/USD eases versus the US Dollar and the Kiwi on China exports fears and after the RBA cut rates to 0.10%.

China appears to be waging a silent trade war with Australia. Effectively blocking all key exports except Iron Ore and Gas, but verbally telling importers to source elsewhere. If officially confirmed, strong negative for Australia equities and AUD, as Australia has let itself become a one trick pony.The story is finally gaining more traction in the press and appears to be weighing on sentiment at last.

Japan data releases this week expected to be mostly market positive, reinforcing an acceleration of the modest recovery. GDP will rebound 19% for Q3 as will Sep Industrial Production. October Inflation YoY to rise to 0.20%, an excellent job when you are Japan. PMI’s to rise above 49.0 on Friday, close to neutral from contracting.

The Yen has fallen heavily on vaccine hopes this week, delivering a positive boost to the Nikkei which has outperformed. That should continue with a long-term top on Yen appreciation probably in place.

Government said to be planning an extra budget, markets positive.

Crude prices will likely remain rangebound until the crude demand outlook can have better certainty as to how many vaccines will get the greenlight and when they will be readily available for mass distribution.   In the short-term, oil won’t be able to shake lockdown fears as coronavirus continue to skyrocket across the US.  The US situation is very bleak as cases, hospitalizations, and deaths continue to rise sharply, likely raising expectations that they will follow the path of Europe and see regional lockdowns.

Yesterday, the US had 163,402 new cases, 1,172 deaths, and over 67,000 hospitalized. Oil prices are finishing the week on a down note but are still holding onto Pfizer’s positive vaccine news from earlier in the week.  All eyes remain on Moderna’s vaccine results which should happen any day now.

The crude demand outlook will be terrible for the next few months, but very optimistic for the second half of 2021.  OPEC+ continues to do their part to try to bring the oil market to balance after reportedly having 101% compliance with October’s production cuts. WTI crude has been through worse this year and will likely remain trapped around the $40 level until Europe is on the other side of their current COVID wave.  The US is a few weeks behind Europe, but