Will A Brexit Breakthrough Ever Come? 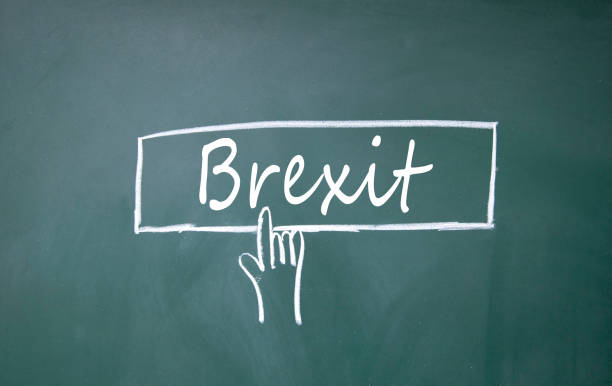 Another deadline has come and gone, and yet we find ourselves in the exact same position as we did a week ago.

Negotiators were tasked with delivering a breakthrough this week and failed, but they have given both sides reason to believe a deal can be agreed in the short amount of time left. Prime minister Boris Johnson and European Commission president Ursala von der Leyen had a ‘useful phone call’ this morning and agreed to extend talks.

‘Our negotiating teams have been working day and night over recent days. And despite the exhaustion after almost a year of negotiations, despite the fact that deadlines have been missed over and over we think it is responsible at this point to go the extra mile,’ the leaders said in a joint statement. ‘We have accordingly mandated our negotiators to continue the talks and to see whether an agreement can even at this late stage be reached.’

No-deal is still ‘most likely’ outcome

The decision to continue negotiating is unsurprising. It would be nonsensical for either side to walk away so long as there is time for talks. But make no mistake, the extension does not imply progress is being made, just that there is still hope and willingness on both sides.

Still, optimism is waning as fast as the clock counting down to the end of the transition period on December 31. ‘I’m afraid we’re still very far apart on some key things,’ Johnson said soon after the joint statement was released. ‘The most likely thing now is we have to get ready for WTO terms’.

There are three major issues of contention – access to fishing waters, how any future disputes between the UK and the EU are governed, and how to maintain a level playing field between the two sides.

The last issue is a particularly thorny one. The EU fears the UK could undercut the bloc post-Brexit and give it an advantage over European rivals, and therefore wants a mechanism in place to ensure the UK doesn’t stray too far from EU standards and rules. The UK argues that this tethers the country to the EU and denies it the right to be an independent nation.

Is there still time for a deal?

With little progress made, it seems the Sunday deadline was only set to try to mount pressure and get the other side to blink first – but both still have their eyes firmly wide open. That is reinforced by the fact no new deadline was set. The only revelation that has come about this week is that December 31 is the only deadline that actually matters.

Simon Coveney, Ireland’s foreign minister, summed it up on Sunday when he said a deal was ‘clearly very difficult, but possible’.

Any late-stage deal would still need to be ratified by EU leaders and UK politicians. Considering there is less than three weeks to go, this would undoubtedly require extra sittings and meetings if there is any hope of getting something across the line before the end of the year. EU leaders held their last summit of 2020 earlier this week, and the UK House of Commons is scheduled to break for Christmas on December 20 until January 7.

A weaker pound would have widespread effects for the UK – some good, some bad. On the downside, new tariffs and barriers under a no-deal Brexit would push up the price of imported goods and a fall in the pound would only exacerbate that – driving up inflation and the cost of living at a time when the economy will suffer from the cliff-edge divorce. On the other hand, it makes UK goods cheaper for overseas buyers and boosts exports, while also making UK assets more attractive to overseas investors.

Reports suggest the EU is prepared to push through any agreement that is reached to ensure it can be activated as soon as possible. Reuters has reported EU diplomats intend to get EU member states to endorse any deal for ‘provisional application’ if there is no time for the EU parliament to approve the deal before the end of the year.

Notably, even if time does run out and the UK leaves the transition period under a no-deal Brexit, this does not prevent both sides continuing to negotiate next year. That would, however, make it likely that trade would have to fall back onto WTO terms in the meantime and that would cause significant disruption– possibly enough to show the urgent need for an agreement to both sides.

The December 31 deadline could, in theory, be extended but this is not likely. That in itself would require legislation to be changed and approved by both sides in what is already proving a tight timetable, and the UK has said it wouldn’t consider it.

What does this mean for markets?

The biggest fear on Sunday was that leaders would pull the plug on talks altogether, confirming that a no-deal Brexit would happen on December 31. That would have been the worst-case scenario for markets and has been avoided, for now.
You can read what a no-deal could mean for markets here.

How will GBP respond?

The pound shed value against both the euro and the dollar this week as markets began to price-in the possibility of a no-deal Brexit as the deadline approached.

The pound lost ground against the euro as talks failed to deliver a breakthrough because the UK will be more impacted by a no-deal Brexit than the EU, prompting traders to bet on the EU economy over the UK. This resulted in EUR/GBP strengthening by 1.3% this week, ending at its highest level since September. The extension could prompt the pound to recoup some of those losses.

Meanwhile, GBP/USD shed 1.3%. Although, that was in the wake of sterling hitting its highest level against the greenback in a year on December 4.

That trend implies the extension of talks could support sterling as hopes of a deal are revived, although the likelihood of a no-deal Brexit will remain a barrier to any gains. The pound will remain volatile for the rest of the year as markets count down to the December 31 deadline.

Get ready to start trading GBP and other forex here.

How will the FTSE 100 respond?

The FTSE 100 has underperformed other major indices this year and that is predominantly down to the uncertainty caused by Brexit. The FTSE 100 is down almost 14% since the start of the year while US indices have recently hit new all-time highs. Over the Channel, the DAX is only down 2% compared to the beginning of 2020.

This means, to a degree, that the possibility of a no-deal Brexit has already been priced-in and suggests the FTSE 100 could gain ground on Monday as hopes of a deal remain alive.

However, uncertainty is the market’s worst nightmare and, although there is still a chance of a deal, we remain no closer to a deal than we did a week ago. A messy divorce under a no-deal remains the most likely scenario at present and that will be at the back of investor’s minds, possibly weighing on the FTSE 100’s ability to recover.