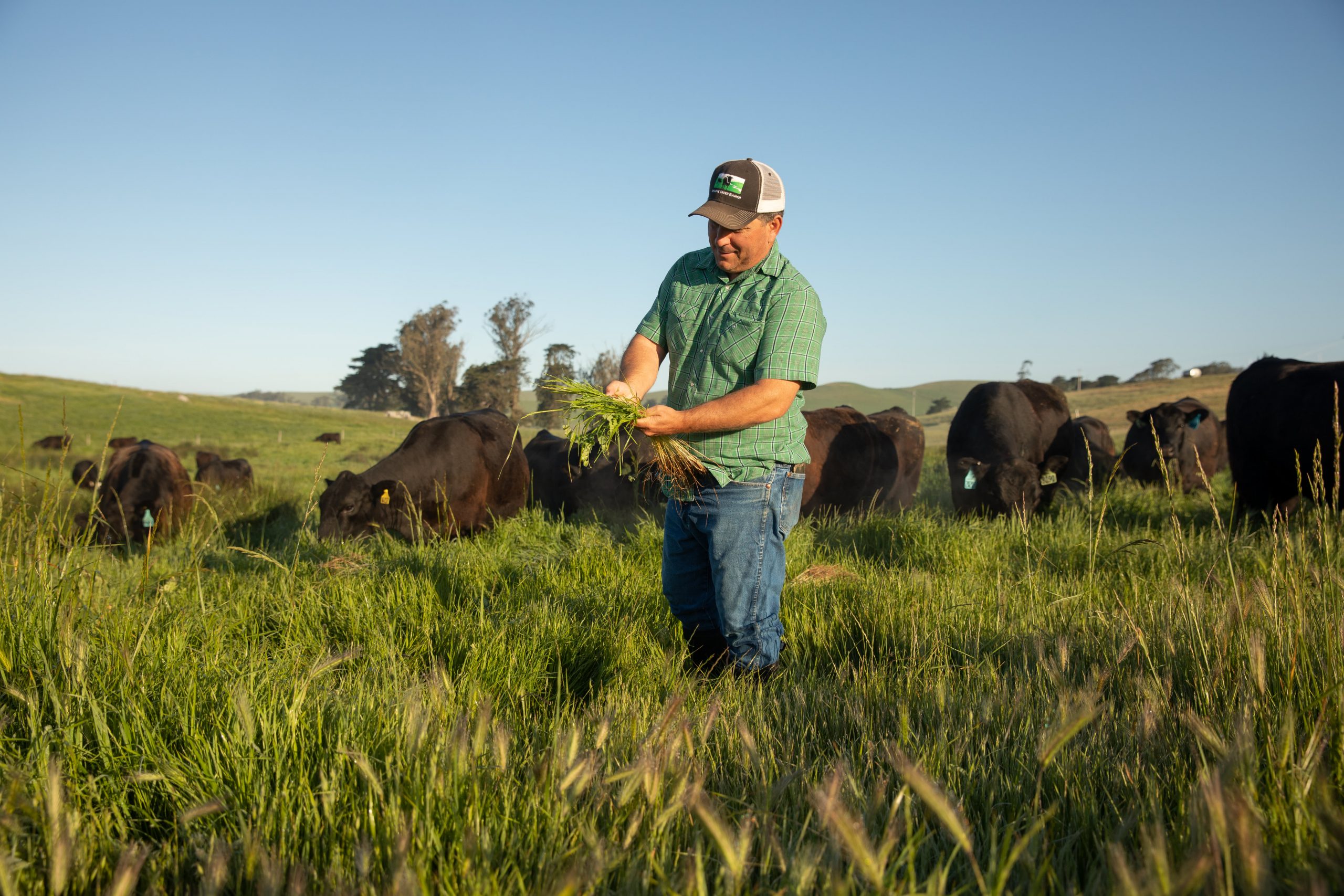 President Joe Biden has called on U.S. farmers to lead the way in offsetting greenhouse gas emissions to battle climate change — a goal fourth generation cattle rancher Loren Poncia set out to achieve over a decade ago.

Despite working in the beef sector, a big contributor to global warming, Poncia has transformed his Northern California ranch into one of the few carbon-positive livestock operations in the country.

“It’s a win-win — for the environment and for our pocketbook,” said Poncia, who adopted carbon farming practices through a partnership with the Marin Carbon Project.

Experts estimate that farmers across the world can sequester a large enough portion of carbon through regenerative agriculture practices to avert the worst impacts of climate change. Research suggests removing carbon already in the atmosphere and replenishing soil worldwide could result in a 10% carbon drawdown. The United Nations has warned that efforts to curb global emissions will fall short without drastic changes in global land use and agriculture.

Poncia’s ranch sequesters more carbon than it emits through practices like rotational cattle grazing systems that allow soil and grass to recover, applying compost instead of chemical fertilizers to pastures to avoid tilling, building worm farms and planting chicory to aerate the soil. Such climate-friendly projects have allowed Poncia to grow more grass and produce more beef.

“If we as a world are going to reverse the damage that’s been done, it’ll be through agriculture and food sustainability,” Poncia said. “We’re excited and positive about the future.”

While some farmers, ranchers and foresters have already embraced sustainable practices that capture existing carbon and store it in soil, others are wary of upfront costs and uncertain returns that could vary across states and farming operations.

The U.S. Department of Agriculture recently said it would incentivize farmers to implement such sustainable practices. And more researchers and companies have started to better quantify and manage carbon that’s stored in the soil.

Battling climate change has become a matter of survival for American farmers, who have endured major losses from floods and droughts that have grown more frequent and destructive across the country.

In 2019, farmers lost tens of thousands of acres during historic flooding. And NASA scientists report that rising temperatures have driven the U.S. West into the worst decades-long drought ever seen in the past millennium.

In the U.S. alone, agriculture accounts for more than 10.5% of planet-warming greenhouse gas emissions, according to the estimates from the Environmental Protection Agency.

As a result, the Biden administration now wants to steer $30 billion in farm aid money from the USDA’s Commodity Credit Corporation to pay farmers to implement sustainable practices and capture carbon in their soil.

This Monday, March 18, 2019 file photo shows flooding and storage bins under water on a farm along the Missouri River in