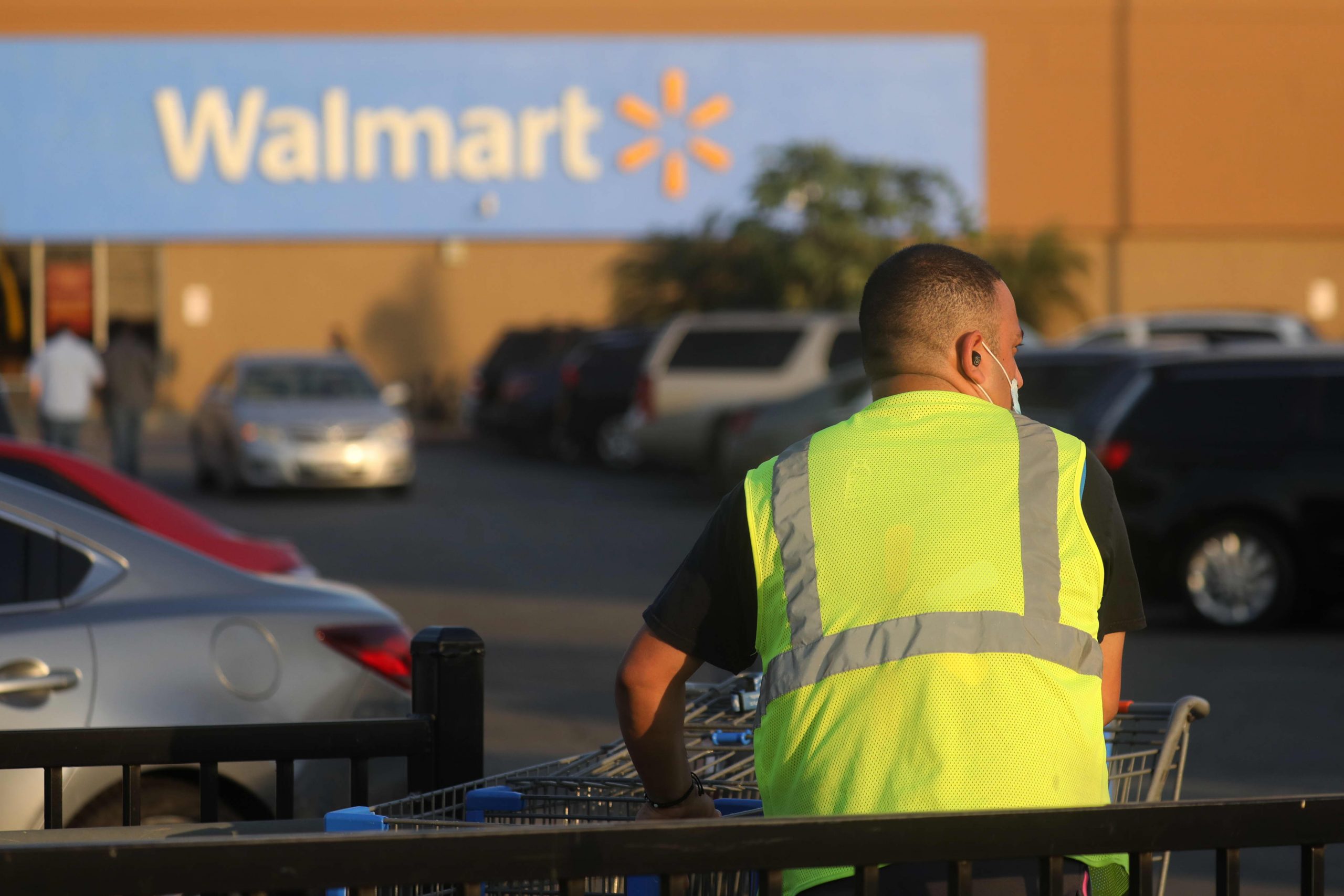 A worker wearing a protective mask arranges shopping carts outside a Walmart store in Duarte, California, U.S., on Thursday, Nov. 12, 2020.

Walmart — Shares of the big box retailer dropped more than 5% after disappointing quarterly earnings. Walmart posted a loss of $2.09 billion, or 74 cents per share, from earnings of $4.14 billion, or $1.45 share, a year earlier. Its adjusted earnings came to $1.39 per share, missing analysts estimates per Refinitiv. Walmart also warned that it expects sales to moderate this year.

Fastly — Shares of the network technology company slumped 14% after issuing weaker-than-expected earnings guidance for the year ahead. Fastly said it expected a loss per share between 44 cents and 35 cents per share for the full year. Analysts surveyed by Refinitiv had penciled in a loss of 21 cents per share. The company’s fourth-quarter results did beat estimates on the top and bottom lines.

SunPower – Shares of the solar company slid more than 12% after SunPower missed revenue estimates during the fourth quarter. The company earned 14 cents excluding items, which was ahead of the expected 11 cent per share profit, according to estimates from FactSet. Revenue came in at $341.8 million, which was short of the expected $354.2 million. The company also issued weaker-than-expected guidance for the first quarter.

Cheesecake Factory – Shares of the restaurant company advanced nearly 7% despite the company missing estimates during the fourth quarter. Cheesecake Factory lost 32 cents per share excluding items while reporting $554.6 million in revenue. Analysts surveyed by FactSet were expecting the company to lose 4 cents per share on $604.6 million in revenue. The company said comparable restaurant sales fell 19.5% during the fourth quarter amid the ongoing impacts of covid-19.

Tilray – Shares of the cannabis company were up more than 1% in midday trading after Tilray reported a smaller-than-expected loss. The pot producer said it lost 2 cents per share. Analysts polled by Refinitiv expected a loss of 14 cents per share. Revenue also beat Wall Street analyst expectations. Tilray is set to close a merger with Aphria later this year, which will make it the biggest cannabis company in the world.

FirstEnergy — The utility stock jumped more than 8% after the company announced that activist hedge fund manager Carl Icahn  has informed FirstEnergy that he plans to buy shares in the company. The Ohio-based utility company also released fourth quarter results that missed expectations, according to estimates compiled by FactSet.

Hyatt Hotels — The hotel stock slid more than 1% after a big earnings miss. Hyatt posted a quarterly loss of $1.77 per share, worse than a FactSet estimate of $1.37 per share loss. Its revenue came in above expectations, however.