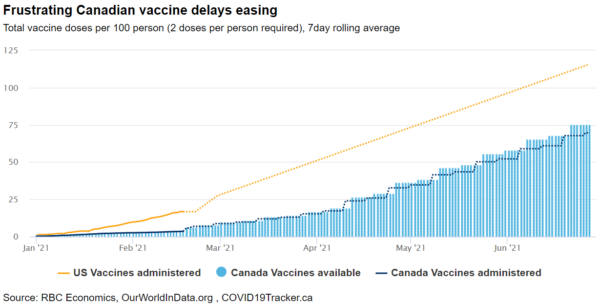 Divergence between the hospitality sector and the broader economy has been a key theme in recent months. Next week’s release of (the usually closely watched) annual investment intentions survey from Statistics Canada will likely show a similar divergence. The Bank of Canada’s Q4 Business Outlook Survey already flagged a faster-than-expected bounce-back in business confidence among businesses in the industrial sector, and we expect that to broadly be evident in 2021 survey data as well. Investment plans in the oil & gas sector likely remained very low by historical comparison, but rising oil prices and some recovery in drilling activity as 2020 drew to a close set up for spending plans for 2021 to show an increase. In contrast, planned investment in the industries still being heavily impacted by virus spread and containment measures – largely the travel/hospitality/entertainment sectors – likely remained very soft.

Planned investment in non-residential structures will be watched closely given concerns about the long-run impact of the pandemic on required office space and retail brick-and-mortar footprint with more people now able to work and transact remotely. There are no such concerns about near-term residential investment given record new housing starts in January (282k annualized) and persistent strong permit issuance.