First U.S.-China meeting under Biden gets off to a rocky start 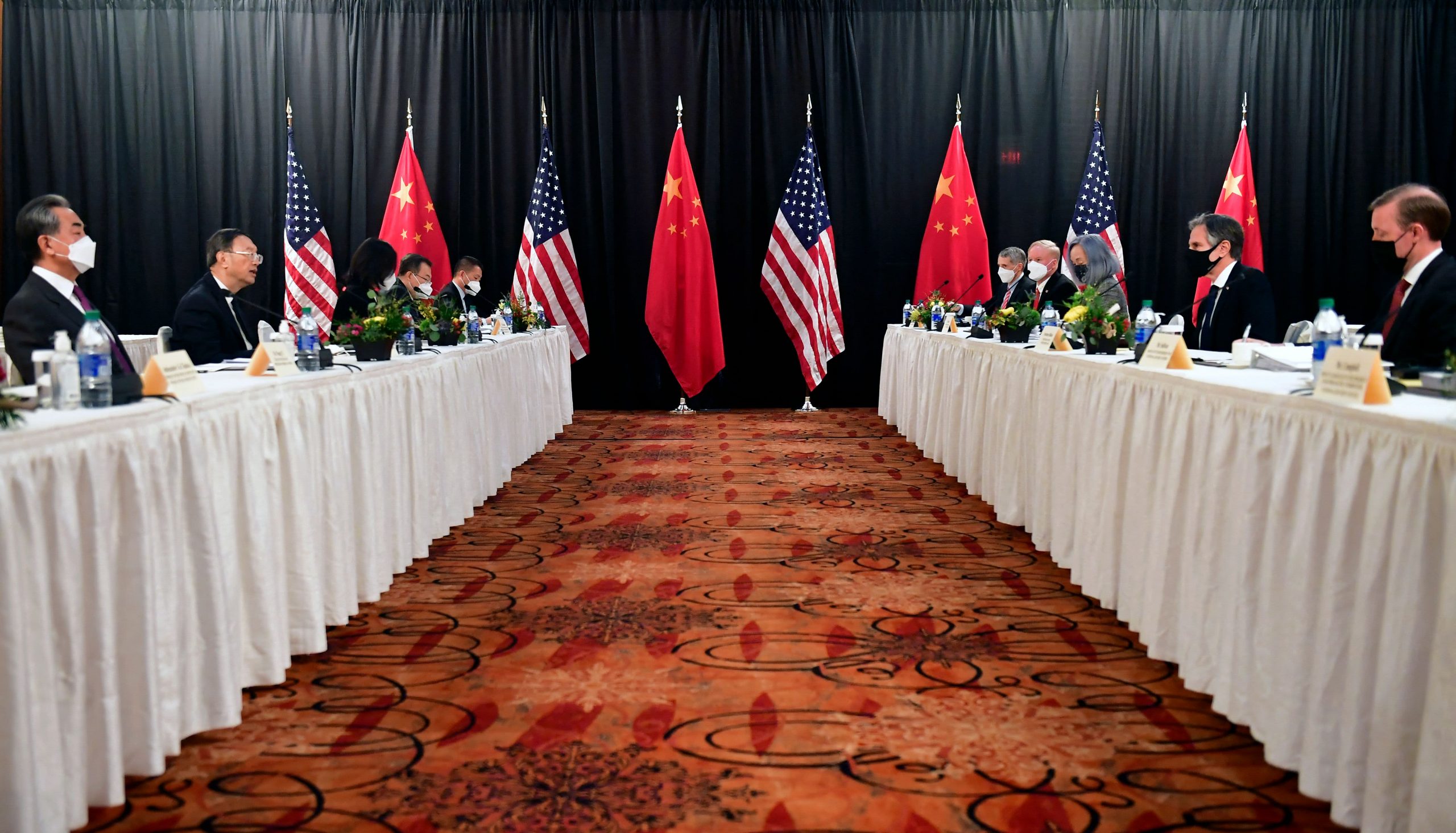 BEIJING — The first high-level gathering of U.S. and Chinese officials under President Joe Biden kicked off with an exchange of insults at a pre-meeting press event in Alaska on Thursday.

A planned four-minute photo session for the officials to address reporters ended up lasting one hour and 15 minutes due to a frothy exchange, according to NBC News. Both the Chinese and U.S. side kept calling the reporters back into the room so they could add remarks.

In his opening remarks, Blinken said the U.S. would discuss its “deep concerns with actions by China, including in Xinjiang, Hong Kong, Taiwan, cyber attacks on the United States, economic coercion toward our allies.”

“Each of these actions threaten the rules-based order that maintains global stability. That’s why they’re not merely internal matters, and why we feel an obligation to raise these issues here today,” Blinken said. “I said that the United States’ relationship with China will be competitive where it should be collaborative, word(s) can be adversarial, where (they) must be.”

The United States does not have the qualification to say that it wants to speak to China from a position of strength.

Beijing considers issues in Xinjiang, Hong Kong and Taiwan as part of its domestic affairs, and the officials reiterated at the meeting that China is firmly opposed to foreign interference.

Yang said the U.S. side “carefully orchestrated” the dialogue, according to an official translation reported by NBC.

“I think we thought too well of the United States, we thought that the U.S. side will follow the necessary diplomatic protocols,” Yang said, adding that “the United States does not have the qualification to say that it wants to speak to China from a position of strength.”

Yang said the U.S. must deal with the Chinese side in “the right way” and reiterated Beijing’s call for cooperation.

I’m hearing deep satisfaction that the United States is back, that we’re reengaged with our allies and partners. I’m also hearing deep concern about some of the actions your government is taking.

Under Chinese President Xi Jinping, the Chinese government has been consolidating its power at home and abroad. In the last year, Beijing has pushed ahead with major trade deals with Asia-Pacific neighbors and the European Union.

Chinese authorities have also emphasized their success in quickly controlling the coronavirus pandemic domestically, and their claim of lifting all 1.4 billion people in the country out of poverty — both of which Yang pointed to in his meeting with U.S. officials.

“We believe that it is important for the United States to change its own image, and to stop advancing its own democracy in the rest of the world,” Yang said.

China’s Ministry of Foreign Affairs did not immediately have a comment.

Blinken arrived in Alaska fresh from a trip to Japan and South Korea. He told his Chinese counterparts that what he was hearing from other countries was very different from what Wang described as hopes for demonstrations of goodwill and sincerity between the U.S. and China.

“I’m hearing deep satisfaction that the United States is back, that we’re reengaged with our allies and partners,” Blinken said. “I’m also hearing deep concern about some of the actions your government is taking. And we’ll have an opportunity to discuss those when we get down to work.”

The first round of discussions between the two countries subsequently ended after more than three hours. The two-day talks are set to conclude Friday.

Tensions between the U.S. and China escalated in the last few years under former President Donald Trump, who used tariffs and sanctions to address persistent complaints about China’s lack of intellectual property protection, requirements of forced technology transfer and other unfair business practices. The dispute initially centered on trade, before spilling over into technology, finance and the origins of the coronavirus pandemic.

Analysts have expected Biden to take a more measured approach and work more closely with U.S. allies in putting pressure on China.