Next week’s flash manufacturing sales report is expected to show a dip in April, weighed down by another sharp pullback in auto production due to the ongoing global semi-conductor shortage. Overall manufacturing hours worked also fell 1.1% in the month. Rising concerns about higher input costs and supply chain disruptions however, have not hindered broader manufacturing sentiment, which has continued to improve backed by solid demand. The Canadian Markit PMI index was still elevated in April at 57.2 (above the ‘break-even’ level of 50) and CFIB’s manufacturing business barometer hit its highest level in almost 4 years. Still, production disruptions in April will add to the pullback in the hospitality and retail sectors from re-imposed virus containment measures, and should send GDP lower for the first time in a year – albeit still only a small fraction of the massive plunge a year ago.

The economy broadly should bounce back once broader vaccine distribution allows virus containment measures to be more substantially eased. The Q2 Canadian Business Survey next week will likely show businesses, especially those in the hospitality and travel sectors still highly reliant on government supports. Other parts of the survey should also help to gauge how they are weathering what will hopefully be the last round of more stringent lockdowns in Canada. And rapid progress in vaccination efforts may see fewer businesses worrying about volatile or insufficient demand. Government support measures are largely set to extend through the summer, at which point the economic recovery could be well under way. 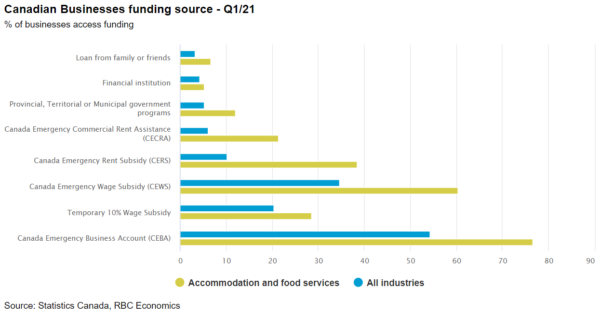 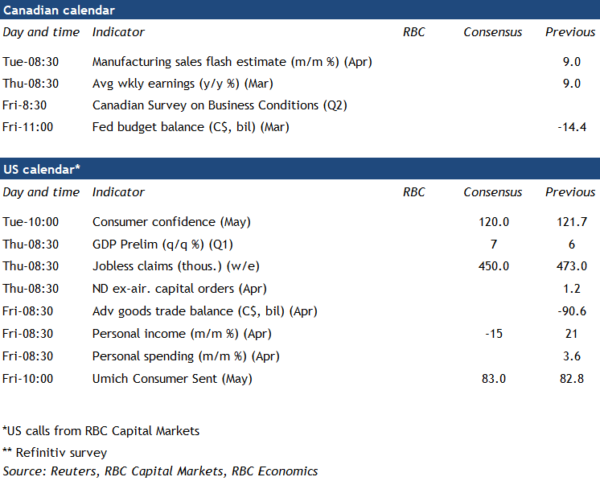