The market has priced in a 25 bps hike, bringing the OCR to 0.5%, at this week’s RBNZ meeting. Much stronger-than-expected economic recovery since the last meeting, the rapidly rising inflation and inflation expectations, and a better job market are the key reasons for the rate increase. Signs of overheating have heightened, making a rate hike probably the “least regret” option for the central bank for the current situation. Since the action has been priced in, the focus of the meeting would be the forward guidance on further tightening, i.e. how many more hikes are anticipated by the central bank. 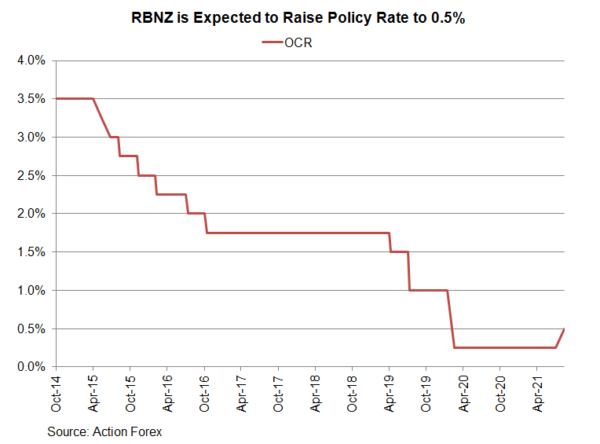 The unemployment rate fell to 4% in 2Q21, from a revised 4.6% in the prior quarter. The market had anticipated only a mild drop to 4.5%. The decline in the unemployment rate despite higher participation rate (up +0.1 ppt to 70.5%) signaled that the job market is thriving. The number of employment increased 1% q/q, accelerating from +0.6% in the first quarter, while the growth in the labor cost also accelerated to +0.7% y/y from +0.4% in the first quarter. 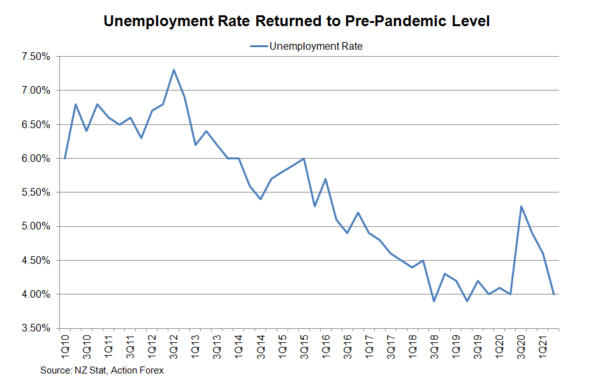 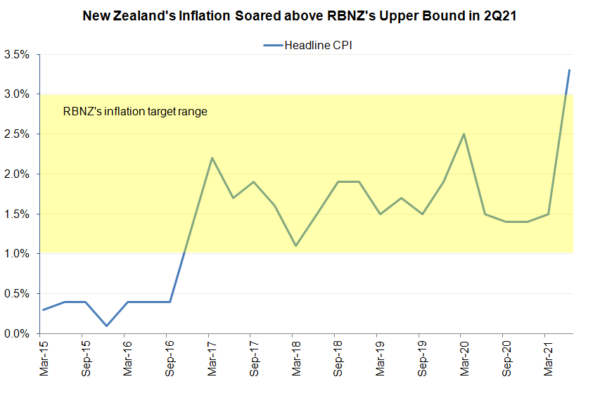 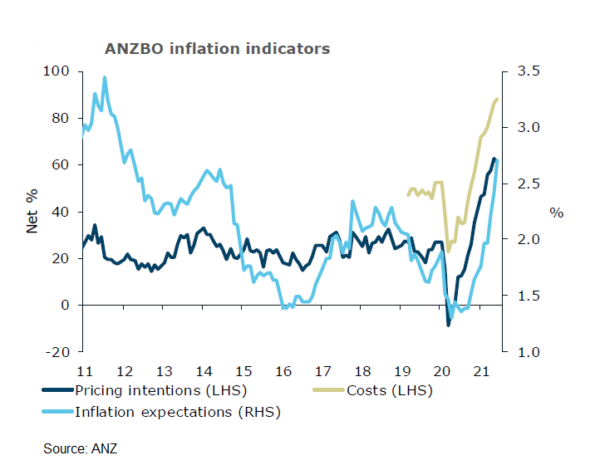 Notwithstanding government’s tax policy, housing price still jumped +5% y/y in July. Overheating in the housing market would become a genuine concern if it is not curbed by further measures.

BNZ’s latest manufacturing PMI revealed that activities remain strong in the beginning of the third quarter. The seasonally adjusted PMI increased +1.7 points to 62.6 in July, the second highest on record. The accompanying noted the PMI was “doing exceptionally well”. It also cautioned over “the headwinds happening for global manufacturing”, amidst “the resurgence of COVID19 in its delta strain”. 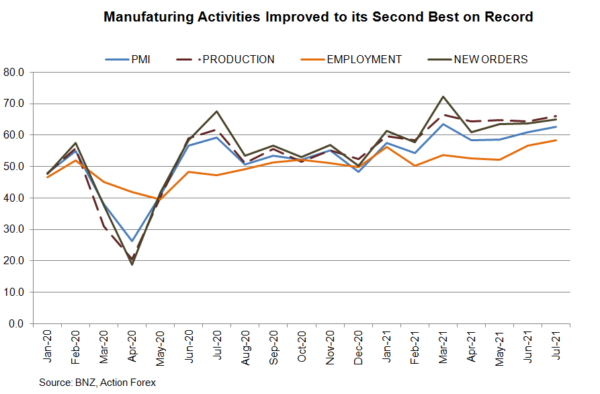 Since the beginning of the pandemic last year, the RBNZ has been adopting a “least regrets” approach, “delivering stimulus sooner rather than later, and thus minimizing the risk that the stimulus delivered turns out not to be enough”. Given the changes in economic developments over the past months, prolonged easing is not necessary to booth growth. Rather, certain unwinding of previous stimulus would be appropriate to prevent overheating. The kiwi has rallied amidst expectations of the 25 bps-hike. Further strength would been seen only when the RBNZ delivers a hawkish outlook and projects more hikes in coming months.