Team Australia to the Rescue 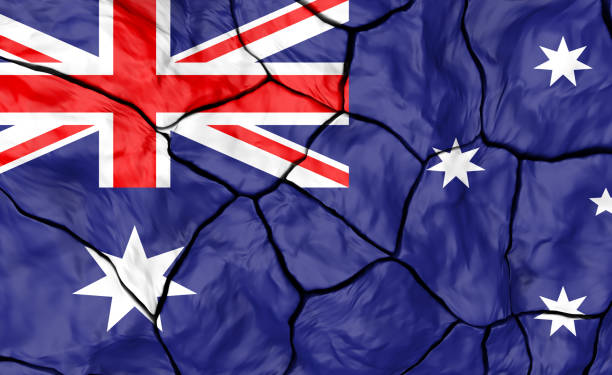 The Reserve Bank Board next meets on September 7.

The Board surprised at its August meeting by deciding to retain its policy of tapering its bond purchases under the QE program from $5 billion per week to $4 billion when the current program expires in the week ending September 3.

Westpac had been recommending that due to the sudden deterioration in the near term economic outlook the Board should actually lift weekly purchases from $5 billion to $6 billion.

Our forecast, at that time, was that the Australian economy was likely to contract by 2.2% in the September quarter mainly due to the extended lock down in Sydney and a renewed lock down in Melbourne.

The August Statement on Monetary Policy, which was released three days after the Board meeting, noted that the RBA staff estimate of the contraction in the September quarter was “at least 1 %” – significantly milder than our estimate.

We did agree that the economy was likely to bounce back in the December quarter by 3% as Sydney reopened from the end of September. That “end September” timing for Sydney was also the assumption being used by the RBA.

Since the August Board meeting we have pushed back the likely timing of the reopening of Sydney to end October as case numbers have surprised to the upside in recent weeks. We have also had to add the lock down of the remainder of the state to our calculations and a slightly more cautious assessment of the disruption to building sites in NSW.

Our revised forecasts have maintained faith with the Victorian government’s current guidance that Melbourne can expect to reopen in early September. With cases now running at higher levels than expected there is a significant risk that Melbourne will remain locked down beyond our current estimate of early September.

Taking all this into account we recently revised our growth forecast for the September quarter to minus 2.6% and lowered our December quarter recovery pace to 2.6% from 3%. For the 2021 year, annual growth was downgraded to 2.4% from 3.2%.

In recognition of the delay in the timing of the recovery we have lifted our 2022 growth forecast from 4.2% to 5.0%.

These are our central case forecasts but we do recognise that there are material risks around the pace and timing of the recovery largely related to ongoing health issues.

For example, our assessment of the likely timing of the reopening of NSW is based on our forecasts of the timing of the state reaching 80% full vaccination of the 16 and over population by mid October. That timing is somewhat faster than official estimates that seem to be based on extrapolating current vaccination rates whereas we expect that demand will lift as citizens become more aggravated by lock down and supply is set to be sharply boosted through the government’s Pfizer and Moderna purchase programs.

The reopening of NSW is not based on the achievement of very low new cases. Consequently, the recovery pace of the economy may be disrupted by ongoing state border closures as other states continue to pursue a zero case strategy despite eventually also reaching the 80% target level. (We expect that nationally the 80% target will be reached by end October).

There are other health related sources of uncertainty around the timing and sustainability of the recovery. These include the unknown potency of delta; the risk of further new even more resilient strains; and evidence from other countries, including the US and Israel, of the waning efficacy of vaccines leading to a requirement for boosters.

The key support packages which are being offered by the Federal and State governments are quite different to 2020.

In dollar terms support to individuals and households appears to be comparable with the JobKeeper arrangement,although more directly targeted. Individuals who lose more than 20 hours work but remain attached to their employers receive $1500 per fortnight through Centre Link or $900 if between 8 and 20 hours are lost. Reports are that this process, while slow in the early stages, has been working smoothly.

However, direct support for business has been significantly reduced. The JobSaver payments, which are offered jointly by the Federal and state governments, fall well short of the support to business during 2020 through JobKeeper and other direct payments.

For example, the JobSaver payment, which is offered through the NSW government, is equivalent to 40% of the weekly payroll cost for work performed in NSW up to a maximum of $100,000 per week.

As a rough rule of thumb, based on, say an average cost of $75,000 per worker that maximum payment would put a ceiling of around 175 on the maximum number of employees.

While such a policy provides appropriate targeting of small business and avoids the undeserved excessive payments to large businesses of JobKeeper there is no doubt that a much streamlined business support package may distort the pace of recovery relative to the evidence of 2020. And, of course, in 2020 the payments were made to businesses in states, including NSW, that had come out of lock down.

The Reserve Bank has also curtailed the Term Funding Facility whereby banks could borrow three year funds at 0.1%. The funds that have been drawn down are still available to banks but there is no additional funding.

Fortunately, other conditions that supported the pace of recovery in the second half of 2020 such as record low interest rates; a cashed up household sector and a resilient housing market are still prevalent.

What Should be the Reserve Bank’s Response to these Developments?

The reasons (August Board Minutes) given by the Board for not adjusting its policy in response to the sudden deterioration in the outlook were:

“Members judged that any additional bond purchases would have their maximum effect during the recovery phase with only a marginal effect at present.”

We certainly accept that fiscal policy must play the dominant role and agree that the current level of support to business could be lifted.

The argument around the timing of the impact of QE is not clear. The Reserve Bank has attributed the benefit of QE as working through the AUD; interest rates; and asset prices.

Currency markets adjust very quickly to unexpected policy changes with the competitive advantages from a lower currency flowing directly through to the economy.

The Board did provide itself with some flexibility to review the decisions.

In those August Minutes the Board also noted that “The Board would be prepared to act in response to further bad news on the health front should that lead to a more significant set back in the economic recovery.”

It is reasonable to conclude that given we have seen adverse developments in both NSW and Melbourne the conditions for a policy review have been reached.

But there was also the case for change in the July Minutes: “Given the high degree of uncertainty about the economic outlook members agreed that there should be flexibility to increase or reduce weekly bond purchases in the future, as warranted by the state of the economy at the time.”

It was that quote that prompted us to assess that the best policy response in August was to lift purchases, given clear prospects for an economic contraction – i.e. the state of the economy AT THE TIME.

One important difference between the July and August observations is the emphasis on health outcomes in August. That emphasis raises the enhances the prospect of a policy change in September.

Certainly, earlier this week, I noted that it would be quite bizarre for policy to be tightened with an immediate taper just when it had become clear that the Australian economy was contracting.

The Board had been given the advice of a contraction (albeit much milder than our assessment) in August but still decided to push ahead with the taper.

The difference now is that the economic contraction will be materially deeper than expected in August and the health situation raises genuine risks around the timing and shape of the recovery.

That increased uncertainty around the recovery can still justify a policy change even if the Board continues to look beyond the near term.

But surely a better approach would be to actually ease policy rather than just defer a tightening!

That is why I would like to see the Board decide to take positive action and lift purchases from $5 billion per week to $6 billion.

A review of the policy should be timed for the November Board meeting when it would have the opportunity to assess the state of the health risks; the nature of the reopening in NSW and developments in Victoria.

Markets have probably adjusted to the prospect of a deferral of the taper so to generate a response in the AUD and rates it would be necessary to actually lift purchases and surprise markets.

After a disappointing lurch away from the Team Australia theme that was so successful in 2020 the time is right for the RBA to demonstrate its support for further stimulus in light of these recent adverse developments.