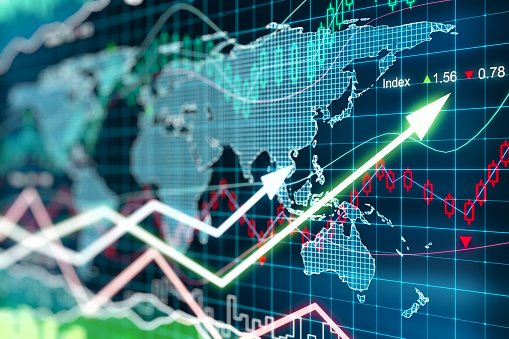 Now that Jackson Hole is over, the focus shifts back onto the economic recovery.  Investors will pay close attention to every data point that can give possible insights into the labour market recovery and if pricing pressures continue to heat up.  A quicker trajectory towards substantial progress in the labour market could trigger a quicker tapering of asset purchases.  The August nonfarm payroll report is expected to deliver a robust 787,000 jobs, which would be less than the prior month’s 943,000 reading, but still complementing the path towards formally announcing tapering.

Inflationistas will keep a close eye on Wednesday’s ISM report, which could show input costs remain at elevated levels, while inventories continue to contract.  The ISM Manufacturing headline is expected to soften from 59.5 to 58.7.

The euro area economy is ticking along nicely. Common challenges remain, notably delta and supply issues, but many countries in the bloc are now among those with the highest vaccine rollouts which positions them well going into the final months of the year.

Next week offers a broad selection of data, most notably flash CPI and unemployment. Final manufacturing and services PMIs will also be released. The ECB minutes this week confirmed the divide in the ECB that we all knew was there but didn’t offer much on what it means going forward on asset purchases, most notably PEPP which is due to run until the end of March next year.

Data from the UK this week showed that, despite all restrictions being lifted, the economy continues to face headwinds because of supply and labour shortages. There has been rising Covid cases in the UK but hospitalisations and fatalities remain very low by past standards.

Next week sees the release of unemployment and PMIs for manufacturing and services.

The central bank previously raised rates to 6.5% and warned that more may follow.

A mixed week that saw unemployment surprisingly rise to 34.4% from 32.6% in Q2. The data could deteriorate further in the third quarter as a result of new Covid restrictions.

On a more positive note, the economy is 11% bigger than previously estimated following a change in the way it’s calculated. That means the deficit and debt as a share of GDP will be lower, with the latter now expected to remain below 80% over the next few years when it was previously projected to reach 87.3% in 2024.

Plenty of data released next week including Q2 GDP on Wednesday, which is expected to show the country grew more than 21% compared to a year ago when the country faced severe restrictions.

Inflation data on Friday will attract a lot of attention given the pressure on the CBRT Governor not to raise interest rates. Forecasts are for it to fall slightly to 18.7%, in line with the central bank’s thoughts.

If we see a surprise rise above the central bank rate, it could be extremely problematic for Governor Şahap Kavcıoğlu. Does he stand by his word and prioritise retaining confidence in the markets at the expense of risking the sack, or go back on it and risk the wrath of the markets.

China has announced that the latest outbreak of the Covid Delta variation has been completely contained, saying that Covid cases had been brought down to zero. The impact of the outbreak on China’s economy should be most evident in the next Non-Manufacturing PMI. The manufacturing sector is expected to see only limited damage, as external demand remains robust.

The China Securities Journal reports that the PBoC plans to soon boost the credit supply and increase the amount of money that supports small businesses and the real economy. The move follows a decrease in credit and economic growth in July.

India has seen a surge in Covid cases, which is being attributed to a harvest celebration in southern India. On Thursday, India recorded 46 thousand cases, the highest daily count in over a month. Only 10% of India’s population has been fully vaccinated against Covid, which means that the number of new cases of the Covid Delta variation could skyrocket. India’s GDP for Q2 (YoY) is expected at 20.9%.

The government has imposed strict lockdowns, but Covid cases continue to surge. On Thursday, Australia reported over 1,000 new cases, the highest total since the pandemic began in 2020. There are growing concerns that the economy could fall into a recession if Covid numbers continue to rise.

Australia’s economy showed solid expansion in the first quarter, with a gain of 1.8% (QoQ). However, there are concerns that growth may have slowed to below 1% in Q2. Australia will release GDP for Q2 on Tuesday.

The recent outbreak of the Covid Delta variant has led to a lockdown of the entire country. The government has announced that the lockdown will be eased in all areas except in Auckland. ANZ Business Confidence, which came in at -3.8 in July, will be released on Monday.

Japan continues to struggle with an upsurge in Covid cases, and the state of emergencies will hamper economic growth. Early next week, Japan releases the unemployment rate and Industrial Production for July. Both indicators are expected to have worsened compared to June.