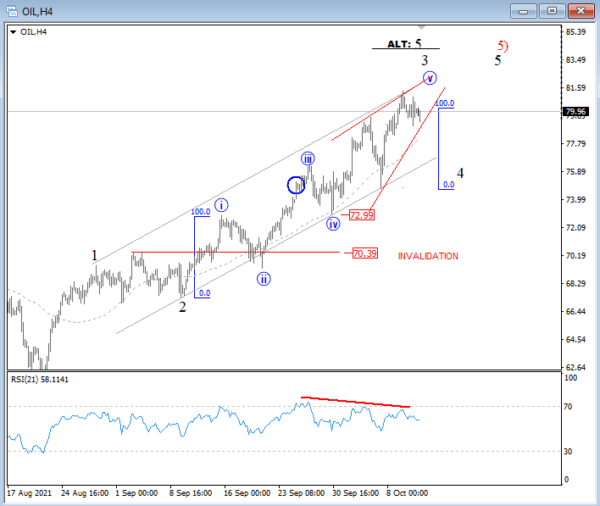 After yesterday’s intraday shake out, Crude oil looks corrective on the intraday basis, which means that it can retest the highs and 82-83 area, ideally as part of final leg of an ending diagonal pattern before it finds the resistance.

Crude oil is still at the highs in the 4-hour chart and five-wave cycle looks to be unfinished, so we may see more gains within wave 3 or alternatively wave 5, but wave “v” of 3 or 5 looks to be an ending diagonal pattern, so still watch out for a reversal down here in the 80-82 area, at least in three waves back to 73 support area. A bigger decline back to 70 area is needed to confirm the top. 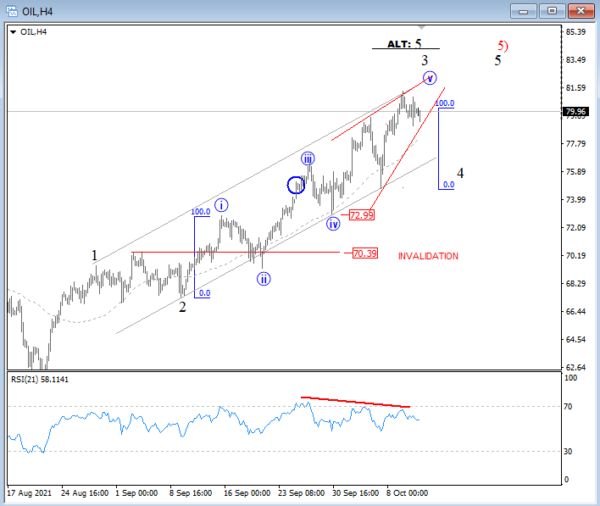