The bond market may be raising recession fears, but don’t expect one anytime soon 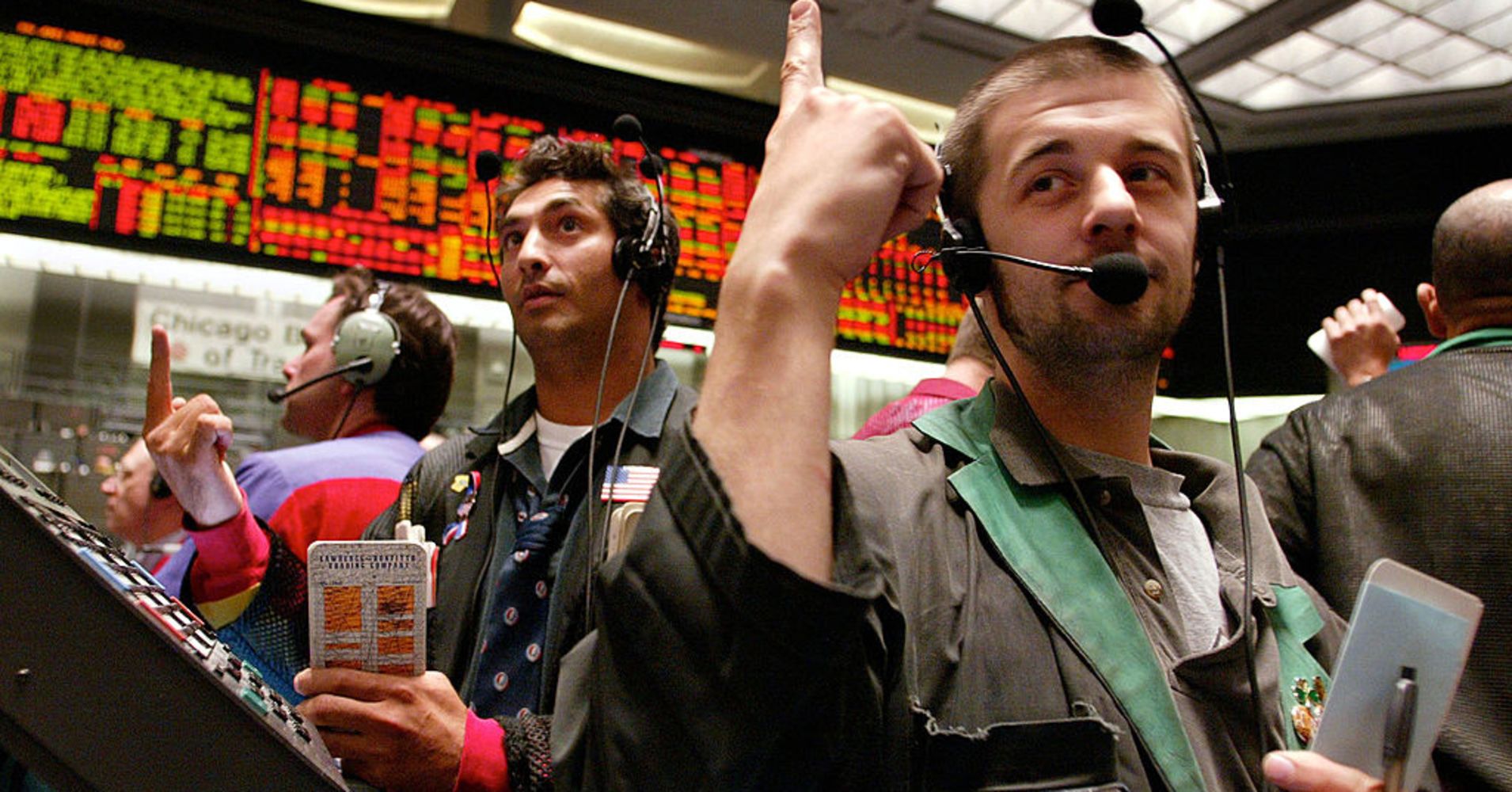 A trend in the bond market that has a long history of foreboding accuracy has kindled talk of a recession, but it could be a long conversation.

Current conditions suggest little danger of a significant economic downturn. Consumers and business owners are confident, corporate profits are soaring and the unemployment rate is headed toward the lowest level since the mid-20th century.

One danger looms, though: the ever-growing possibility that the two-year Treasury note yield soon could be higher than its 10-year counterpart, a condition known as an inverted yield curve which has accurately predicted each of the last seven recessions, including the devastating one that began in 2007.

In Monday trading, the spread was 26 basis points (0.26 percentage points) and was near the lowest point since July 2005.

While chatter has increased around Wall Street that it’s only a matter of time before the curve inverts, markets have held up fairly well during the yield compression and some economists think recession fears are premature.

“The expansion is now the second longest in US history and will become the longest if it survives another year. So far, the odds look good,” Goldman Sachs economist David Mericle said in a note to clients. “We see the popular thesis that a recession is coming in 2020 as a bit hasty.”

That analysis, of course, does not even address the possibility of a 2018 or 2019 recession, which in itself is noteworthy.

Typically, an inverted yield curve leads a recession by about a year. Assuming the inversion happens over the next several months, its impact at the least is likely to be delayed.

The Federal Reserve of Cleveland’s most recent analysis, in June, of rate curve projections indicate just a 15.2 percent chance of a recession over the next year. While that’s higher than the 13.4 percent chance in May, “the yield curve is still optimistic about the recovery continuing, even if it is somewhat pessimistic with regard to the pace of growth over the next year,” the central bank said.

Most economists see second-quarter growth coming in around 4 percent, while the Fed expects a full-year GDP gain of 2.8 percent. In fact, the Fed projects growth of 2 percent as far out as 2020.

Yet the recession chatter continues.

Worries that the Fed’s desire to continue raising interest rates, coupled with a tightening labor market and building inflation pressures have some market experts convinced that a downturn is coming. Bond king Jeffrey Gundlach at DoubleLine Capital, for instance, told Barron’s that “We are getting closer to a recession” and that the yield curve is “flashing yellow” and “needs to be respected.”

The Goldman Sachs analysis acknowledges some dangers to the economy, particularly from “overshoots” of gains in the jobs market. But it sees the positives outweighing the negatives, even considering the ongoing trade war the U.S. has initiated with China in particular.

“We see little evidence that the trade war has hurt US growth so far, and we are skeptical that trade policy uncertainty alone will weigh appreciably on aggregate investment spending,” Mericle wrote. “Even in the case of a larger trade war than we expect, both our global macro model and the relevant historical experience suggest that the direct economic effects would be limited.”

The “usual suspects” for recessions, including an overheating economy and excesses in stocks and other areas of the financial markets, pose “little risk so far” Mericle said.

In all, Goldman said its models pose the risk of recession at 10 percent over the next year and 20 percent in the next two years, which actually is below the historical average.

“The thesis that recession is coming in 2020 has quickly become popular in financial markets,” Mericle said. “While we expect a meaningful slowdown by then, we do not see recession as the most likely outcome.”

They say that rather than looking at the spread between 2s and 10s, the more meaningful pair is the three-month bill’s spot price and its 18-month forward, or the market-implied price. That gap “is rising, suggesting a recession is not imminent,” the firm said in a note.

The reason TS Lombard prefers that spread as a gauge is that it reflects monetary policy “and therefore inverts when the market anticipates an easier monetary stance in response to the likelihood or onset of recession.” As things stand, the Fed is indicating that it will continue to raise rates, or tighten policy, something it would not do if it was anticipating a substantial slowdown in growth.

Of course, all that could change of the Fed is wrong, as it has been before in its economic expectations, but economists are urging caution in overestimating the likelihood of a recession.

“While the fast speed of [the yield curve] adjustment and the short distance to zero are notable, it is important to remember the lessons from history and not over-interpret this move,” Oleg Melentyev, credit strategist at Bank of America Merrill Lynch, said in a note.

“The yield curve proceeded to fully flatten by Dec 2005, before turning meaningfully inverted in 2006,” he added. “The financial conditions remained loose through mid-2007, and the credit contraction did not ensue until later that year. In other words, there could be a considerable distance in time between the yield curve at +25bps and a tightening in financial conditions first, the credit cycle turning second, and the economy going into recession third, absent of a policy mistake shortening this distance.”

Indeed, Cleveland Fed President Loretta Mester, one of the central bank’s most hawkish members, said in a recent speech that the yield curve is “just one among several important indicators” she uses as a guide for setting policy.