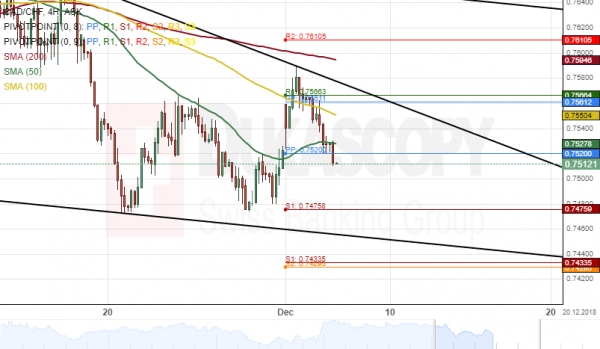 Following a reversal from the upper boundary of a medium-term ascending channel at 0.7689, The Canadian Dollar has declined massively against the Swiss Franc.

The exchange rate is currently testing a support level formed by a traditional weekly pivot point at 0.7520.

If the currency exchange rate passes the support level, it could aim for November 29 swing low of 0.7475.

However, if the support level as mentioned earlier holds, the CAD/CHF currency pair will target a resistance cluster at 0.7561 today.