Pound-euro parity by mid-2019 if no deal on Brexit, says Argentex 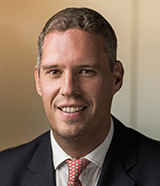 NOTE: if  you do not have time to search for strategies and study all the tools of the trade, you do not have the extra funds for testing and errors, tired of taking risks and incurring losses – trade with the help of our best forex robots developed by our professionals.

Argentex has been bearish on sterling this year, so Euromoney asked co-CEO Harry Adams whether the increasing prospect of a hard Brexit had changed this view.

“While the value of the pound continues to fluctuate in response to EU and UK rhetoric, even if a deal is agreed with the negotiators, we do not believe it will be an easy ride to get it passed through the House of Commons, effectively resulting in no deal,” he says.

“One bulge-bracket bank recently presented a no-deal as its risk scenario, which would send sterling down 10%. Many other institutions are in agreement and yet others still forecast sterling higher over the same period, seeing no deal as little more than a threat. We think it is much more of a coin toss.”

Argentex, backed by John Beckwith’s Pacific Investments, was founded in 2011. Headquartered in London with a representative office in Dubai, it employs 40 people and is authorized by the Financial Conduct Authority for the provision of investment services under Markets in Financial Instruments Directive II (Mifid II).

The firm has recently revised its own forecasts lower with the potential for a revisit of 1.2000 on GBP/USD and parity for GBP/EUR by the end of Q2 next year.

These observations will be widely noted, given the firm’s track record in predicting notable currency movements.

Adams does not attribute this success to any secret formula or complex algorithm, merely observing that the firm’s seven dealers each have more than 10 years’ experience of actively trading markets across cycles.

“The typical volumes traded by our clients are perceived to be too small to be serviced efficiently by the main banks, whilst their requirements are too large for your typical retail FX broker,” he explains.

“We saw a niche in the market, not only to provide an FX execution and remittance service but full advisory support to our clients as well.”

Argentex’s auto trading team has strong bilateral relationships in the market, which allow it to trade at interbank rates, according to Adams. It is a matched principal broker, which means that it doesn’t take any speculative positions and its advice is not tied to any house view.

“Our client segments have remained broadly the same since we launched, although we have seen an increase in demand for our services from some sectors,” says Adams. “For example, in 2011 a large portion of our business was focused on serving corporates importing and exporting goods and services to and from the UK.

“Over the past few years, we have seen a steady shift to the more sophisticated end of the market, such as private equity and other financial services businesses making cross-border acquisitions and exits.”

According to Adams, regulations such as Mifid II have presented Argentex with an opportunity to raise the bar for compliance standards within the FX broking space.

“We pursued this with a significant investment into our compliance function of more than £1 million, including additional personnel and technology,” he adds. “As a result of these efforts, we are one of very few providers in the market able to offer FX, payment, e-money and Mifid-relevant services all from the same entity.”

The firm – which traded more than £5 billion during the six months to September 30, 2018 — executed its first structured products in September as its clients look to protect against currency movements and uncertainty fuelled by the ongoing Brexit headlines and a potential Labour government.

“The thinking behind that move was that in addition to representing a new revenue stream, structured products support certain clients who wish to hedge their currency risk, whilst being able to participate to some extent if, for example, sterling moves higher on a Brexit deal,” concludes Adams.

We offer you free download forex robot based on stop and reverse system for testing results in Metatrader.