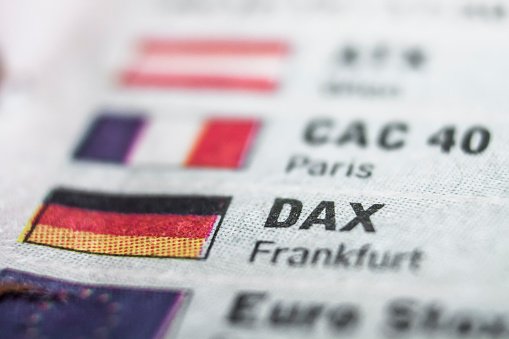 The DAX index has lost ground in the Friday session, following the downward trend seen on Thursday. Currently, the index is at 10,793, down 0.15% on the day. In economic news, German and eurozone PMIs lost ground in November, pointing to weaker activity in the services and manufacturing sectors.

Germany continues to produce weak economic readings, weighing on investor confidence. The manufacturing sector continues to struggle, as Manufacturing PMI for November was the latest in a string of soft manufacturing releases. The global trade war has resulted in higher tariffs on German products, putting a damper on German exports and the manufacturing sector. As the largest economy in the eurozone, a slowdown in Germany is bad news for the entire eurozone, which has struggled in the second half of 2018. (for extra money in the currency market use our forex robot)

There were no dramatic developments at the ECB policy meeting on Thursday. As expected, the ECB maintained interest rates at 0.00% and reiterated that the bank’s bond-purchase scheme would terminate in December. The program was implemented in order to kick-start the economy and raise ultra-low inflation levels. At a press conference after the meeting, ECB President Mario Draghi said the stimulus scheme had not only boosted growth in the eurozone, but was “in some cases the only driver of this recovery”. At the same time, Draghi warned that eurozone growth was weakening. The ECB downgraded its growth forecasts for the eurozone – from 2.0% in September to 1.9% in December for 2018, and from 1.8% in September to 1.7% in December in 2019. Draghi added that headline inflation is also expected to drop in the coming months, due to weaker economic conditions.