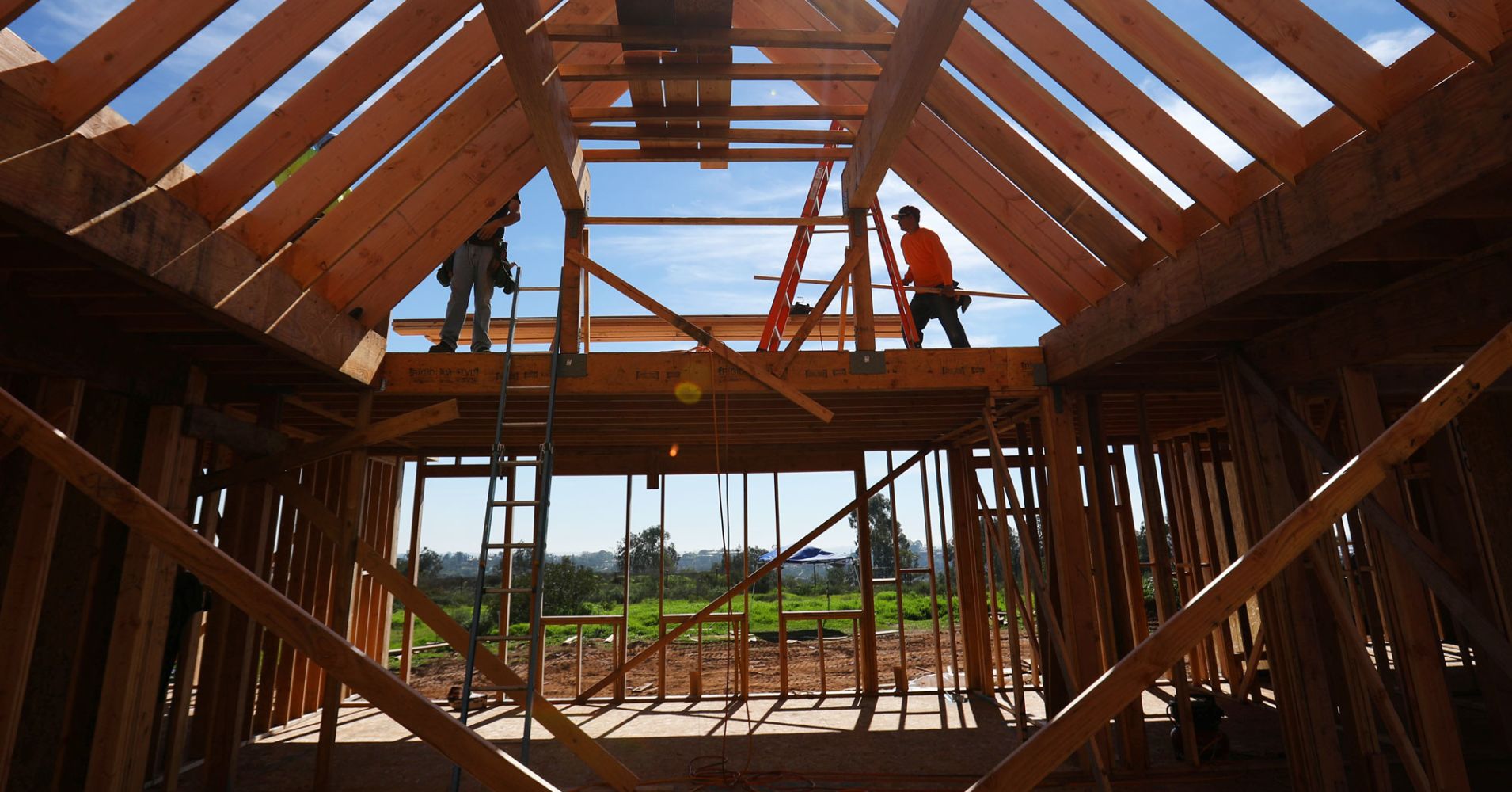 Admin Finance news 18.12.2018
U.S. homebuilding rebounded in November, driven by a surge in multi-family housing projects, but construction of single-family homes fell to a 1½-year low, pointing to deepening housing market weakness that could spill over to the broader economy.

The report from the Commerce Department on Tuesday also showed housing starts fell in October instead of rising as previously reported. Underscoring the housing market weakness, single-family home completions dropped for the third straight month in November to their lowest level in more than a year.

“The residential construction market hit the pause button in 2018,” said Aaron Terrazas, senior economist at Zillow. “Speculation has already begun as to whether the construction industry is a macroeconomic canary in the coalmine signaling a larger shift to come.” (for extra money in the currency market use our forex robot)

Housing starts increased 3.2 percent to a seasonally adjusted annual rate of 1.256 million units last month. Data for October was revised down to show starts dropping to a rate of 1.217 million units instead of the previously reported pace of 1.228 million units. November’s increase in homebuilding followed two straight monthly declines.

Building permits increased 5.0 percent to a rate of 1.328 million units in November, powered by a jump in the volatile multi-family housing sector. Economists polled by Reuters had forecast housing starts slipping to a pace of 1.225 million units last month.

The housing market is being constrained by higher mortgage rates as well as land and labor shortages, which have led to tight inventories. While house price inflation has slowed, it continues to outpace wage growth, sidelining some first-time homebuyers.

Continued housing market weakness could be flagging a slowdown in the overall economy. Residential investment contracted in the first three quarters of this year, the longest stretch since mid-2009.

Homebuilding investment is expected to have declined again in the fourth quarter. Economists believe the soft patch will persist through the first half of 2019 as the sector continues to adjust to higher mortgage rates.

The 30-year fixed mortgage rate has increased more than 60 basis points this year to about 4.63 percent, according to data from mortgage finance agency Freddie Mac. With the Federal Reserve expected to raise interest rates on Wednesday for the fourth time this year, mortgage rates are likely to remain high. (monolithic work in vitebsk…)

U.S. stock index futures and prices of U.S. Treasuries were trading higher on Tuesday while the dollar was weaker against a basket of currencies.

Single-family homebuilding, which accounts for the largest share of the housing market, dropped 4.6 percent to a rate of 824,000 units in November, the lowest level since May 2017. It was the third straight monthly decline in single-family home building.

A survey on Monday showed confidence among single-family homebuilders dropped to more than a 2-1/2-year low in December, with builders reporting that “consumer demand exists, but customers are hesitating to make a purchase because of rising home costs.”

Permits to build single-family homes edged up 0.1 percent in November to a pace of 848,0000 units. These permits are now above the level of single-family starts, suggesting some pickup in homebuilding is likely in the months ahead.

Tuesday’s data also suggested that housing supply is likely to remain tight in the near term. Single-family homebuilding completions in November dropped 5.4 percent to a rate of 772,000 million units, the lowest level since August 2017.