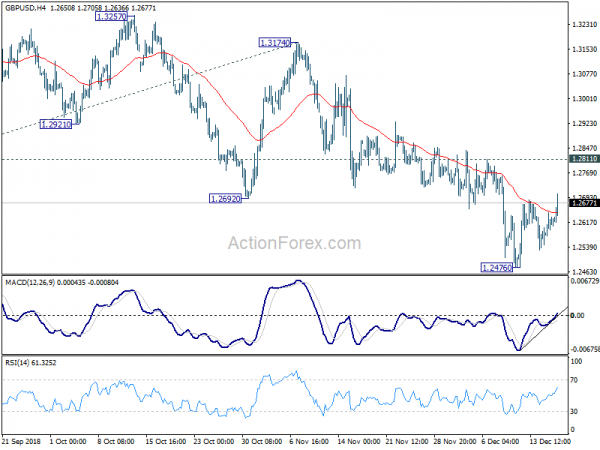 Dollar selloff takes center stage today as Trump continues with his verbal intervention on Fed policy. But Canadian Dollar is even weakest as down trend in WTI crude oil extends. Swiss Franc is for now the third worst performing one. On the other hand, New Zealand Dollar recovers as is trading as the strongest one. Sterling is the second strongest, followed by Yen, as risk sentiments somewhat stabilized in European session.

In short, Trump tweeted asking asked Fed policy makers to not just go by “meaningless numbers”. Instead, they should “feel the market”. For now, there is no clear follow through selling in Dollar yet. Traders would are eagerly awaiting Fed to release some numbers of economic projection tomorrow, before committing themselves.

Technically, USD/CHF’s break of 0.9911 support is a clear sign of weakness and it’s likely heading back to 0.9862 low. But USD/JPY is trading to find some footing around 112.23 support. EUR/USD, GBP/USD, AUD/USD and USD/CAD are bounded in familiar range. EUR/JPY has yet to break 127.61 support and this level will remain a focus in US session. (for extra money in the currency market use our forex robot)