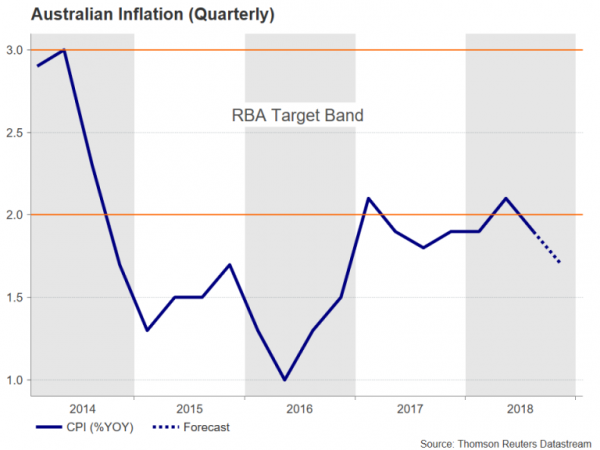 The next seven days will be an important one for the US dollar as high-level US-Sino trade talks, the policy meeting by the Federal Reserve as well as key data releases will likely determine the currency’s next turn. The Australian dollar will also be in focus as inflation and other closely-watched indicators will be on the agenda, while in the Eurozone, flash GDP estimates could exert more negative pressure on the beleaguered euro.

The Australian dollar posted some significant losses this week on rising expectations that the Reserve Bank of Australia could cut rates later this year. Any signs of weakness therefore from the raft of data due from Australia and China could put the aussie back on a negative footing. First on the horizon are Chinese industrial profits for December on Monday, followed by the National Australia Bank’s business confidence gauge on Tuesday, also for December.

The highlight will be Wednesday’s inflation report for the fourth quarter out of Australia. The quarterly rate of CPI is forecast to have risen by 0.4% in the final three months of 2018, which would produce an annual rate of 1.7%. If confirmed, this would represent a 0.2 percentage po