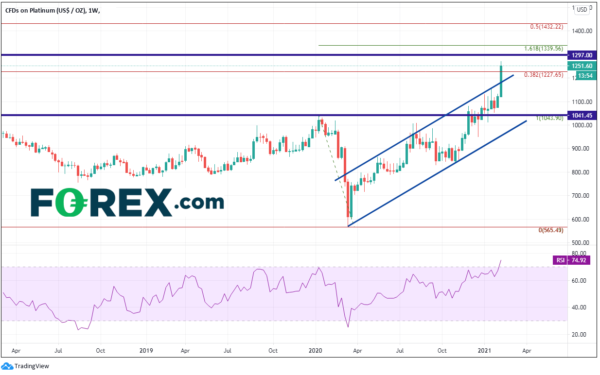 It’s the Chinese Lunar New Year:  the year of the ox!  However, restrictions are in place to prevent people from traveling over the holiday. Lockdowns are still in full swing in many countries while monetary and fiscal stimulus continue to hold up fragile economies, especially in Europe.  While many expect lockdowns to end and businesses to reopen, there is continued spread of more contagious variants, and questions as to if they can be contained.  More inflation data will be released this week, and given recent data, inflation expectations between central banks and investors seem to be diverging.   Retail sales out of the US will also be watched to determine the extent to which consumers are still spending.  The week culminates with PMI Manufacturing data, which will show how manufacturing is holding up during February.

The year of the ox

The Chinese New Year animal sign this year is the ox: hard working and reliable.  Due to the coronavirus, people have been encouraged to say home and not to travel.  As an incentive, many factories are remaining open over the weeklong celebration, and some even offering an increase in pay during the week.  Ironically the ox is a representation of the hard-working people who will stay at work, rather than travel to see loved ones.  Although this will hurt China’s service economy, many of whom cater to millions of people over holiday, the economic data may show an increase in manufacturing due to the travel restrictions. (Feb data will be released in March).  Trading during the Asian time zone will be light this week.  Be wary of sharp moves on light volume.

Just as many people were seeing light at the end of the tunnel, more areas are going into lockdowns.  Athens are just gone into lockdown due to the rapid spread of the UK variant, which is said to be more contagious.  In Australia, Victoria has gone into a snap lockdown 5-day lockdown after a contagious variant was discovered.  Countries already in lockdown are having the timeframe extended.  The UK,  Germany and Japan have had their lockdowns extended to March 8th.  The virus (among other things) is even threatening officials to cancel the Summer Olympics, which already have been postponed from last summer.

While many are hoping economies will reopen soon, central banks may not be in the same mindset.  Just last week, Fed Chairman Powell,  ECB President Lagarde and sources from the BOJ have all expressed doubt that a “reopening” will inject much needed consumer funds back into the market, at least in the long run.  Powell said that the Fed and the government must remain accommodative as there will not be sustained inflation from a reopening.  Lagarde said that fiscal spending must continue until 2022 to help support the economy. The BOJ is said to be mulling ways to signal its ability to cut rates

Although central bankers are hopeful, they tend to be cautious. Perhaps they are looking at data from the variants of the coronavirus which are making their way around the globe.  Although vaccines are becoming more widely available, some experts fear that the variants will 1) outpace the vaccine or 2) won’t be as effective vs the vaccine.  Regarding vaccines, US President Joe Biden said that the US will obtain 200 million more doses of vaccine, however that will only cover 75% of people by the end of summer.  Germany’s Merkel is hoping to have 70% of the population vaccinated by the summer.

Although earnings season is nearing an end, there are still some notables to watch.  They are as follows:  BIDU, SHOP, BARC, WMT, DE, NWG, HSBC, and LYG

The focus this week will be Retails Sales from the US, UK, and Australia, employment data from Australia, and Preliminary PMI data around the globe.  Other notable economic data this week is as follows: