The GBP/USD currency exchange rate managed to pass the resistance of the 1.3800 level. It resulted in a sharp surge, which stopped, as it approached the 1.3850 mark. Afterwards, the GBP consolidated its gains against the US Dollar by retracing down. On Friday morning, the decline found support in the weekly R1 simple pivot point at 1.3826.

If the pair resumes its surge, it could aim at the resistance cluster that surround the 1.3880 level. The zone consists of the mid-August high levels and the weekly R2 simple pivot point. However, note that the pair would have to first pass the 1.3850 level. 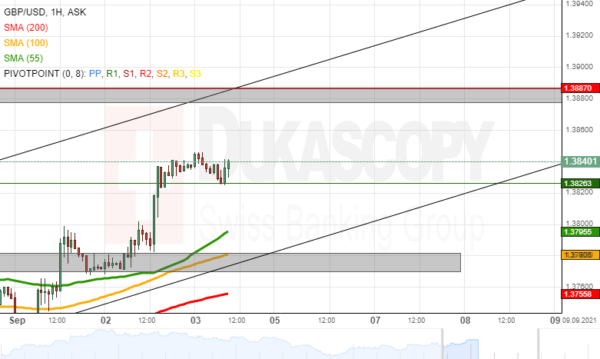